The Elie Lellouche-trained Ectot and Jean-Claude Rouget's Avenir Certain are two of the headline acts among the 20 horses still in contention for the mile-and-a-half showpiece.

Ectot booked his placed in the Arc with a narrow victory in the Prix Niel, while Avenir Certain won the French 1000 Guineas and Prix de Diane earlier in the season before claiming a comfortable verdict in the Prix de la Nonette on her prep run in August.

Gerard Augustin-Normand part-owns both runners, with his retained rider Gregory Benoist opting to partner Ectot, who won on good ground at Longchamp. It was officially very soft at Deauville when Avenir Certain triumphed.

"The weather is good and I think the forecast is for a nice weekend," said Augustin-Normand's racing manager Sylvain Vidal.

"I'd expect the ground to be good, or between good and soft. I'd expect a little bit of ease maybe, but not soft ground.

"I don't think the ground will be too important as our horses have run well in different conditions before, so it shouldn't be a problem."

It is due to be warm and dry in Paris on Friday with some rain forecast for Saturday ahead of a fine, although fresh, day on Sunday.

A Met Office spokesman said: "Friday (is forecast to be) a fine day with light winds and plenty of sunshine, with highs reaching a very warm 23C falling to a muggy 16C overnight.

"Saturday (should be) a dry and fine morning but through the afternoon, cloud will thicken to give some showers or longer spells of rain by the evening. It will be a cooler day with a high of 21C.

"After a largely dry night, it will be a fine day (on Sunday) with cloud breaking at times to allow some sunshine. With winds switching to a more northerly direction, it will be a much fresher day, with a high of 15C."

Taghrooda heads the ante-post markets for the Arc and jockey Paul Hanagan is waiting to see where his Classic-winning filly is drawn before he starts to map out his big-race tactics.

Winner of the Investec Oaks and King George, Taghrooda was reported to be coming into season after she was beaten half a length by Tapestry in the Yorkshire Oaks at York back in August.

She will have chance to avenge that defeat as the Aidan O'Brien-trained Tapestry has been supplemented for all-aged middle-distance championship.

With a large field set to go to post, there are bound to be some hard luck stories after the race, but Hanagan believes Taghrooda will rise to the challenge if things get a little tight in running.

He told At The Races: "She won't shy from anything really, she can hold her own.

"She's a big filly, she rides kind of like a colt so that (a big field) wouldn't worry me.

"It's hard to say yet (how the race may pan out) because we don't definitely know what is going to run yet and we don't know where we're going to be drawn. It's a bit early to be going into tactics." 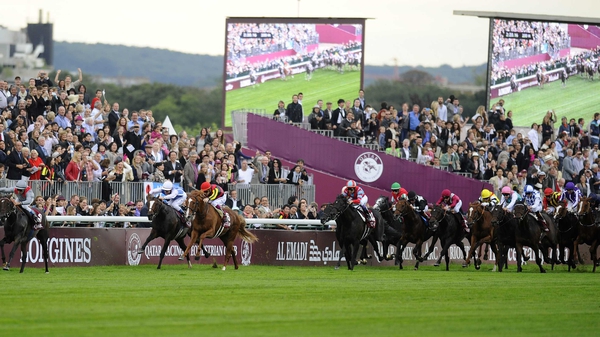 Shamkala drops out of Arc