Aidan O'Brien and JP McManus successfully teamed up with Egyptian Warrior earlier in the week at the Listowel Festival and have further claims of glory on the final day of the fixture.

Noah Webster was struggling until springing a Galway surprise recently and now has a 7lb higher mark to contend with in the MJ Carroll ARRO Handicap Hurdle.

Heading the opposition is Willie Mullins' unexposed novice Ask Vic, although Protaras is banging hard on the door, while Brand Ambassador, Diamondgeezer Luke and returning top-weight The Crafty Butcher all bring last-start winning form to the table.

O'Brien and McManus are represented by Waver in the John Lynch Memorial Maiden Hurdle, and Draco in the Cashen Novice Hurdle, but for all that the latter sets a reasonable standard, he is the only one of the six runners who didn't strike on his most recent appearance and this could be an informative guide to the future.

Rae's Creek, in particular, got the job done with the minimum of fuss on his NH debut and is definitely one to keep on side.

He was second in a competitive handicap at this meeting 12 months ago to Fiery Oscar, who takes part this year in the Clieveragh Handicap Chase, although Rodger Sweeney's charge isn't in great form at present, whereas Dedoctorsdaughter, A Decent Excuse and Please Talk are.

Baby Whizz got his head in front at Galway recently and attempts to gain revenge on his previous Killarney conqueror Valours Minion in the Charlie Chute Memorial Handicap Chase. 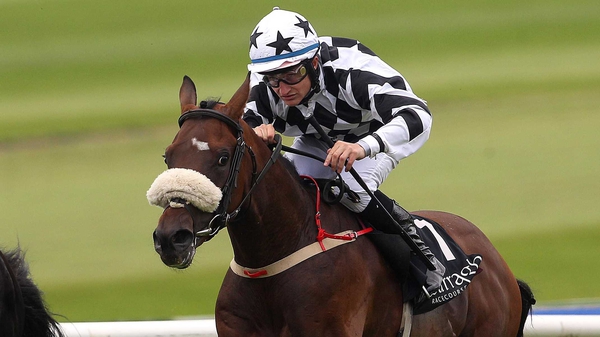