The Tony Martin-trained seven-year-old disappointed in the race last summer in atrocious conditions, but having warmed up for a second bid with victory on the Flat at the Curragh, he was a 7-2 market leader on faster ground.

Thomas Edison galloped through the €250,000 contest with panache and began to move into contention jumping the second flight from the finish.

He joined the front-running Fergal and the well-fancied Bayan rounding the home turn and the three were virtually in line at the top of the short straight.

However, Thomas Edison clearly had more to give than his rivals and after skipping over the final hurdle, he was pushed out to collect by three lengths.

Bayan ran a fine race to fill the runner-up spot, with The Game Changer and Hisaabaat third and fourth respectively.

JP McManus, Thomas Edison's owner, was winning the race for a first time.

He said: "He was a bit slowly away but he got a great run around under Tony and got the run of the race.

"Thankfully it all worked out well. I've never won the Galway Hurdle before. It was on my to-do list so I'm delighted.

"I think Tony had the horse in tremendous form so well done to everyone connected with him."

Niall McCullagh set out to make all on Johnny Murtagh's mare but looked in trouble when Tested loomed up, only to find more for pressure than the Dermot Weld-trained market leader and she pulled away for a half-length verdict.

Alelchi Inois extended his unbeaten record over fences to three in the Guinness Harp Novice Chase.

Paul Townend dictated terms to suit himself on Willie Mullins' 8-11 market leader and he coasted home 13 lengths clear of Howwoulduno.

Mullins and Townend looked like following up with Pink Hat in the Guinness Novice Hurdle.

The mare appeared set to be the chief beneficiary of Icy Reply drifting to the stands' rail, but Desertmore Stream (3-1) sprouted wings between them and got up for an unlikely triumph, with Icy Reply grabbing second.

Hasanour was a game winner of the Guinness Time Handicap, finding more when challenged by Sretaw to prevail by a head in a thrilling finish.

Aranhill Chief (12-1) kicked clear after jumping the last in the GuinnessPlus App Beginners Chase and held the rallying Thomond at bay by two lengths.

Ridestan found one too good here on Monday but made no mistake in the Guinness Surge Handicap.

The Denis Hogan-trained 7-4 favourite stole a march on his rivals as they turned for home and collected with three and three-quarter lengths to spare from Knight's Parade.

Clondaw Farmer (6-4fav) denied Blueprint Bob by a short head in a thrilling finish to the Guinness Legacy Flat Race. 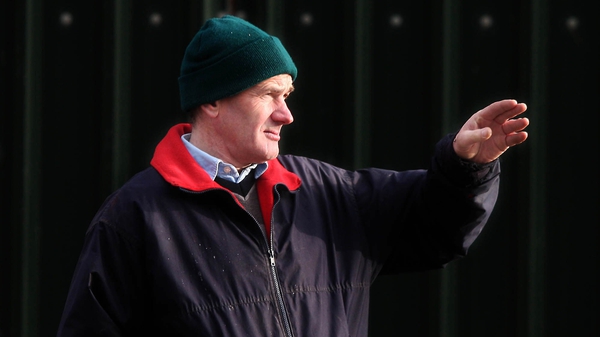 Thomas Edison to feature at Galway