Dermot Weld feels being on home soil enhances Tarfasha’s position as favourite for the Darley Irish Oaks at the Curragh on Saturday.

The Investec Oaks runner-up heads the market for after owner Sheikh Hamdan Al Maktoum decided not to run Epsom heroine Taghrooda and save her for the King George VI And Queen Elizabeth Stakes.

Weld will have been heartened by the prospect of little further rain ahead of the big race.

"She's very well, she's in good form and hopefully we won't get too much rain. If we get a lot of rain then we'll review it and see. That would suit Vote Often," the Rosewell handler told At The Races.

"She's on home territory, she's the one, but the other filly (Volume) that was third at Epsom, there is very little between them."

Tarfasha's jockey Pat Smullen is also expecting her to take the beating if conditions are in her favour.

"We're very happy with her. I hope we don't get too much rain. If it's nice ground she's there with every chance," he said.

Sheikh Hamdan's racing manager Angus Gold is optimistic Tarfasha can take full advantage of the opportunity to join Taghrooda as a Classic-winning filly for their owner.

"Tarfasha is in good form, she ran a fantastic race in the Oaks and Sheikh Hamdan felt she deserved the opportunity to win an Oaks herself," he said.

"She would much prefer fast ground so hopefully they don't get much (rain).

"Pat (Smullen) felt at Epsom she got the mile and a half, but that's as far as she would want to be going."

Wayne Lordan gets the leg up on Weld's apparent second string Vote Often, who was last seen finishing third in the Irish 1,000 Guineas.

Lustrous appeared to take the step up to a mile and a half in her stride when she ran Bracelet close in the Ribblesdale Stakes at Royal Ascot.

Her trainer Richard Hannon is looking for another bold show when she renews rivalry with Aidan O'Brien's filly.

"Taghrooda's absence has made it a bit more open, but it still looks tough," the Marlborough handler told www.richardhannonracing.co.uk.

"We dipped our toes in the water at a mile and a half in the Ribblesdale at Royal Ascot and she ran a blinder to be beaten only half a length by Bracelet.

"Whether we can reverse the placings on her home patch remains to be seen, but I don't see why we should be three times the price."

Pat Shanahan saddles a rank outsider in the shape of Maid Of The Glens, who takes a big hike in class after losing her maiden tag at Hamilton last time.

"She's a nice filly. She seems to have come on a lot for her maiden win at Hamilton," said the County Kilkenny trainer.

"She's working well and I'm expecting a decent run. I think she'll appreciate going a bit further up to a mile and a half."

Volume attempts to go two places better than at Epsom and on that running there is nothing between her and Tarfasha.

Trainer Luca Cumani reports everything to have gone well since that race and he has taken to local knowledge by acquiring the services of Kevin Manning, who took the honours on Margarula in 2002. He is available because his boss Jim Bolger has no runner this year.

"We're very happy with her. She's worked well and her preparation for the Irish Oaks has gone according to plan," said Cumani.

"Obviously she was just behind Tarfasha at Epsom so we're hopeful of a good run."

Ballybacka Queen has yet to race beyond a mile and was unplaced behind Marvellous in the Irish 1,000 Guineas on her latest start.

However, her trainer Pat Fahy believes the daughter of Hurricane Run will appreciate the step up in trip.

"She seems to be going well and is happy in herself so we're happy to go tomorrow," said the County Carlow handler.

"We really think the trip will suit her. She stayed well as a two-year-old even then, so it shouldn't be a problem.

"It will be nice if we get the rain that's promised, as long as there's no jar in the ground." 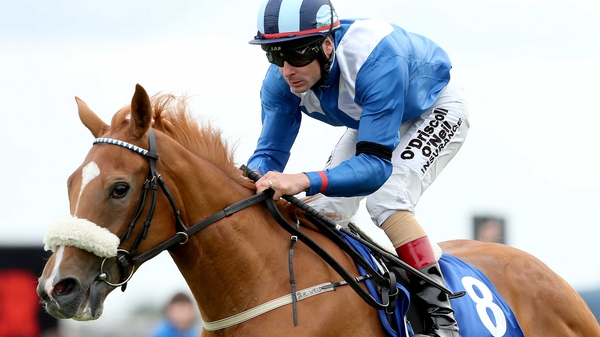 Tarfasha bids to go one better in Irish Oaks