The Fugue produced a minor shock in the Prince of Wales's Stakes at Royal Ascot as she floored red-hot favourite Treve.

Always ideally placed by William Buick, the John Gosden-trained mare (11-2) sat in the group off a fast pace set by Elkaayed.

Absolutely full of running at the two pole, she stayed on strongly as Treve struggled to close the gap in finishing a never-nearer third, with Magician in the runner-up spot, beaten a length and three-quarters.

Prix de l'Arc de Triomphe heroine Treve did not pick up as expected for Frankie Dettori, but there was no denying a deserved success for The Fugue who has not always enjoyed the best of fortune at the highest level.

Buick said: "She's been an absolute star for me and everybody back at the yard. She proved today what she can do against top-class horses.

"I must say a huge thank you to everyone back at Clarehaven for getting this filly here today.

"When she gets an uncomplicated run like she did today and they come back to her, she's lethal, like she was there.

"It means everything to everyone involved."`

The Fugue is owned and bred by Andrew Lloyd Webber and his wife Madeleine.

Ms Webber said: "We're so excited and she so deserves this.

"It hasn't gone her way sometimes and this is a very big stage to do it on. She's got her recognition as one of the best horses in Europe."

Her husband was witnessing The Fugue win in person for the first time.

He said: "We did genuinely think we were going to let her have a stroll round the park! We didn't believe she would do this, but it's the best day in our whole racing career." 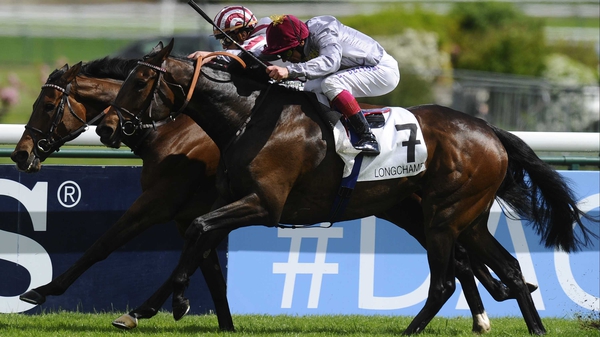 Treve works well ahead of the Prince of Wales's Stakes