Sole Power's devastating acceleration came to the fore once again as the brilliant sprinter secured back-to-back victories in the King's Stand Stakes at Royal Ascot.

The seven-year-old was delivered to take the five-furlong Group One right on the line by Johnny Murtagh in a pulsating finish 12 months ago and Richard Hughes was the man in the saddle this time around, partnering Eddie Lynam's speedball for the first time.

Hughes rode a typically patient race and it was clear Sole Power (5-1) was still full of running entering the closing stages.

Once unleashed on the far side of the track, the response was immediate as he quickened up fantastically to run to the lead and settle matters in a few strides.

Front-running outsider Stepper Point was a length and a quarter away in second, with heavily-supported favourite Hot Streak a neck further back in third.

With Murtagh now retired and Ryan Moore, who has ridden Sole Power on his first three starts this year required for Aidan O'Brien, Lynam moved to snap up the services of Hughes earlier this week.

The winner was among the leading contenders having shown his well-being with victory in the Palace House Stakes at Newmarket in early May, but few could have expected such an authoritative victory.

Hughes deliberately took his mount back when the stalls opened and appeared confident he had all bases covered at all times.

His potent turn of foot took him clear in the final strides and he was ultimately well on top at the line.

Stepper Point (50-1) showed blistering pace from the off and turned in an excellent effort.

Hot Streak looked a three-year-old destined for the top of the sprinting ranks when taking the Temple Stakes at Haydock last month and although he came up short, Kevin Ryan's pride and joy was far from disgraced and there will be another day for the youngster. 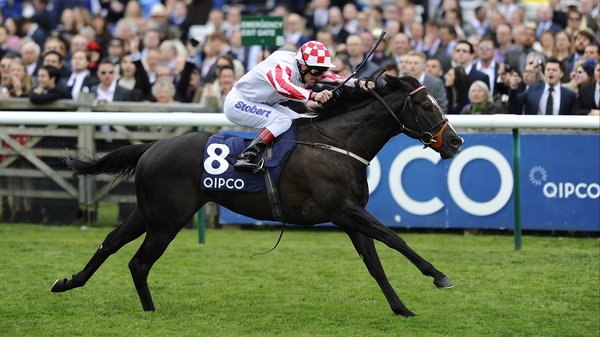