John Oxx will have a very select team of just two for Royal Ascot this year in Saddler's Rock and My Titania.

The pair will contest the Gold Cup and Coronation Stakes respectively, with both promising to be suited by drying ground at the Berkshire track.

Oxx is desperate for the rain to stay away for My Titania, a daughter of Sea The Stars who was forced to miss the Qipco 1000 Guineas with a minor setback and was ruled out of the Irish equivalent due to the rain at the Curragh.

Her two-year-old form recieved a significant boost when Tarfasha was second in the Investec Oaks, as that filly was six lengths behind her in the C.L Weld Park Stakes in September.

Saddler's Rock was narrowly beaten when third in the 2012 Gold Cup and was eighth to Estimate last year.

Oxx said: "I've got two runners for Royal Ascot. Saddler's Rock goes for the Gold Cup and My Titania will run in the Coronation.

"My Titania is eight and a half months off the track, but she is in good form. It is a big step up from her two-year-old form."

Oxx also had news of his Investec Derby ninth Ebanoran, who is set to drop back in trip.

"Ebanoran is in the Group Three International Stakes at the Curragh on Derby weekend over a mile and a quarter and that is as far as he will go now," he said. 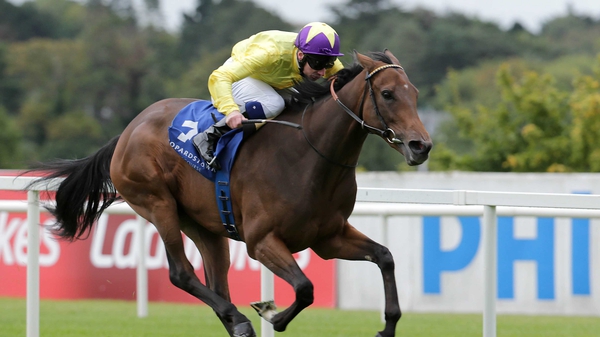 My Titania misses Irish 1,000 Guineas at the Curragh