Christophe Soumillon saluted the crowd after partnering Cirrus Des Aigles to a smooth victory in the Investec Coronation Cup at Epsom.

Corine Barande-Barbe's wonderful eight-year-old was winning at the highest level for the sixth time and recording the 21st success of his stellar career.

Settled in fourth as Ambivalent put the pace to the race, Soumillon appeared to have everything covered two furlongs out although Andre Fabre's Flintshire still posed a threat.

The veteran pulled out plenty when challenged, however, and was a comfortable two-length winner as the 10-11 favourite, with Ambivalent staying on for third.

Unfortunately Soumillon jumped off on passing the post, feeling his mount had gone lame.

Soumillon said: "When he changed legs he did something he never does really. When he passed the post he didn't really feel right.

"Hopefully it isn't anything too bad. He's an amazing horse."

Cirrus Des Aigles was trotted up and down on the track, before returning to the winner's enclosure seemingly more sound.

Walking back, Barande-Barbe said: "He's a bit lame. I think he's a bit better since the jockey jumped off him and I'm very proud of him.

"Christophe said he felt it a long way out so he's very brave.

"He loves fighting and winning." 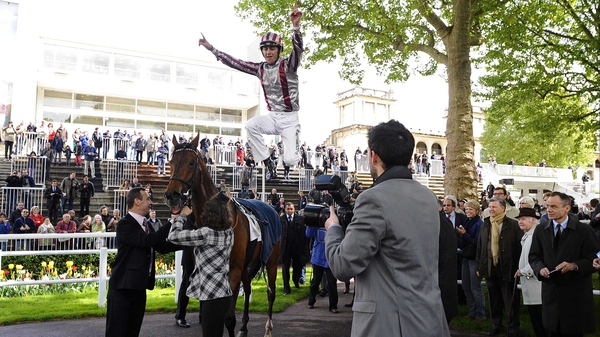