Trainer Clive Brittain is confident Rizeena will be back in peak condition in time to contest the Coronation Stakes at Royal Ascot next month.

The daughter of Iffraaj was slightly disappointing in the 1,000 Guineas at Newmarket, a run Brittain put down to his filly's apparent dislike of the Rowley Mile.

Brittain was looking forward to seeing his charge line up in Sunday's Irish 1,000 Guineas at the Curragh, the scene of her Group One triumph in last year's Moyglare Stud Stakes, but was forced to withdraw her during the week after blood was found to be trickling from her nose following exercise.

Brittain said: "It was only a minor trickle (of blood), but we had her scoped and it was almost 100 per cent clean.

"There was a bit of colour there, but it hasn't developed into anything serious and I'm very happy with her.

"When in doubt, you have to pull out and, as it turned out, the Irish Guineas ended up being a slog anyway. Maybe the filly is cleverer than me!

"She lost three kilos after the work she did before she was due to go to Ireland. She's put that back on, plus another three kilos, so she's in great shape.

"She'll definitely be heading to Royal Ascot and I've seen nothing to make me change by mind about that." 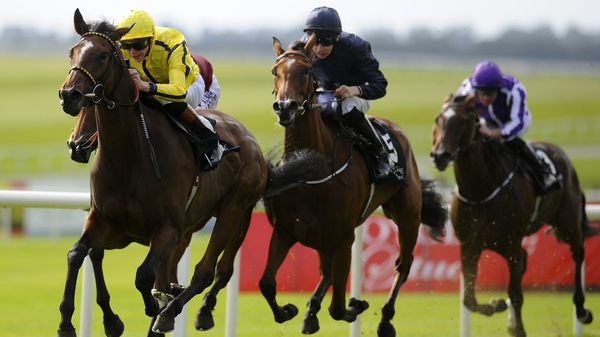