Alan King will consider a trip to the Punchestown Festival for Balder Succes after the talented youngster came of age with a maiden Grade One victory in the Doom Bar Maghull Novices' Chase at Aintree.

The master of Barbury Castle endured a difficult first half of the campaign due a stable virus, which eventually forced him to shut up shop for a short period, but the arrival of spring has brought about a change of fortunes for the Scottish-born trainer.

Success of the Cheltenham Festival thrust him back into the spotlight and having already struck at Aintree's showpiece meeting with Uxizandre and Avispa, Balder Succes was 7-2 for his top-level assignment.

Winner of the Kingmaker Novices' Chase at Warwick and the Pendil Novices' Chase at Kempton, Balder Succes bypassed last month's showpiece meeting at  Prestbury Park to ensure he was primed for his trip to Liverpool.

With Next Sensation predictably setting a strong gallop from the outset, Balder Succes was waited with in the hands of Wayne Hutchinson before looming up ominously in the straight.

The 7-2 chance moved stylishly to the lead on the run to the final fence and a spring-heeled leap sealed victory, beating Simply Ned by four lengths.

King said: "He was good today.

"He needed one at the last and got it, his jumping was great all the way round.

"It's paid off not going to Cheltenham with him, he was fresh and well - I'm delighted.

"He could go Punchestown. He gets two and a half miles, but I think he's better over two.

"Fences have made a man of him and if he does go anywhere else (before the end of the season) it will be Punchestown." 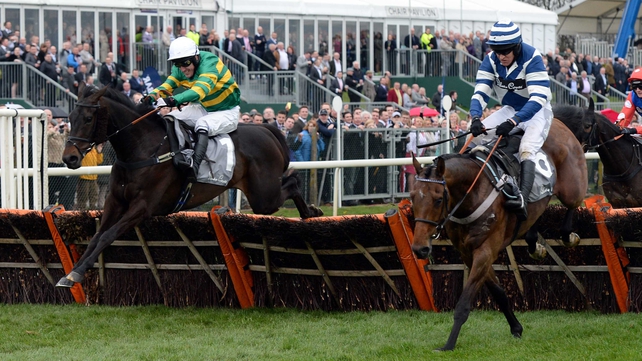 Whisper wore down At Fishers Cross to grind out victory in the Silver Cross Stayers' Hurdle, the main supporting race to the Crabbie's Grand National.

At Fishers Cross was the 11-8 favourite following a fine third in the World Hurdle at Cheltenham, with Nicky Henderson's Whisper a 4-1 shot, graduating from handicap company following success in the Coral Cup.

At Fishers Cross stuck to his guns well having cut out much of the running, but Whisper, who set off bathed in sweat, dug deep for Barry Geraghty after the final flight to win the argument by a length.

At Fishers Cross ran with plenty of credit considering he lost a shoe and jumped right for much of the extended three-mile journey.

Henderson said: "You've got to admire him, he's been in two mega-battles already (Ffos Las and Cheltenham).

"He should be going chasing, but we'll see." 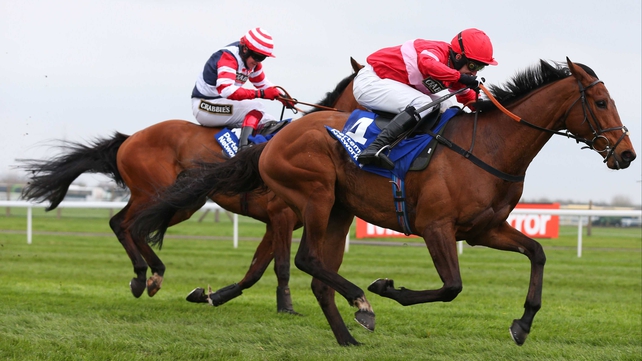 Paul Nicholls-trained County Hurdle winner Lac Fontana similarly took the step up to Grade One level in his stride as he benefited from a typically power-packed Tony McCoy ride to clinch the opening Pertemps Network Mersey Novices' Hurdle.

Splash Of Ginge put up a brave effort after committing for home at the top of the home straight, but Lac Fontana wore him down to take the prize by a length and a half.

Nicholls said: "He stayed very well at Cheltenham so we thought we'd go two and a half miles on this ground.

"It will be interesting next year - he looks like he'll make a nice staying hurdler, but he could jump a fence.

"I'll keep all options open and I'm not sure there's much left for him this season - maybe there's a Grade One at Punchestown but I haven't really looked into it." 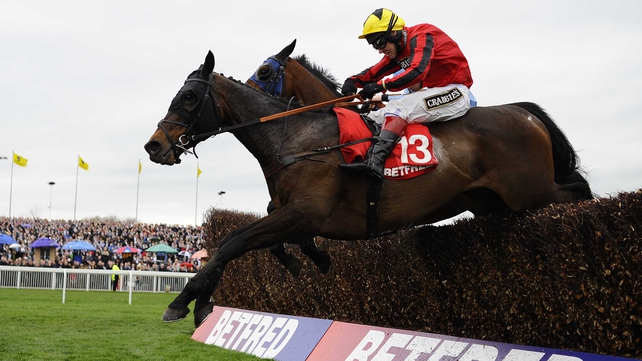 Duke Of Lucca (12-1) got the better of the rallying Vino Griego to claim a pulsating Betfred TV Handicap Chase for trainer Philip Hobbs and jockey Richard Johnson.

"He finished fourth in the cross-country race at Cheltenham, so I think he's probably going to run in Ireland in the La Touche (at Punchestown)." 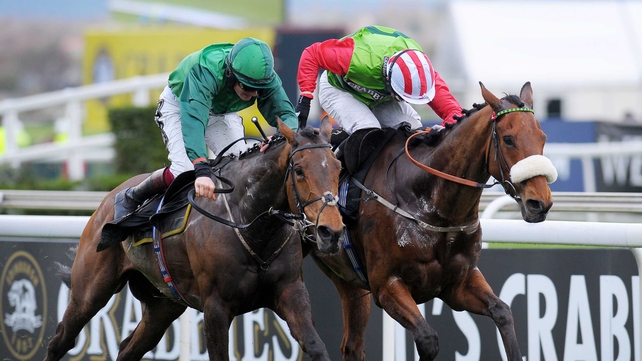 A winner 12 days ago at Towcester, Sam Twiston-Davies needed all his strength to pip McCoy by a head.

Twiston-Davies, who has won this race in the past with the likes of The New One, said: "Let's hope he's as good as The New One.

"He had to knuckle down and I think it was a good race.

"That will do for him now and it's all go for next season, novice hurdling.

"He's an exciting horse. He'd run in point-to-points before we had him, so he had experience. He's a nice horse." 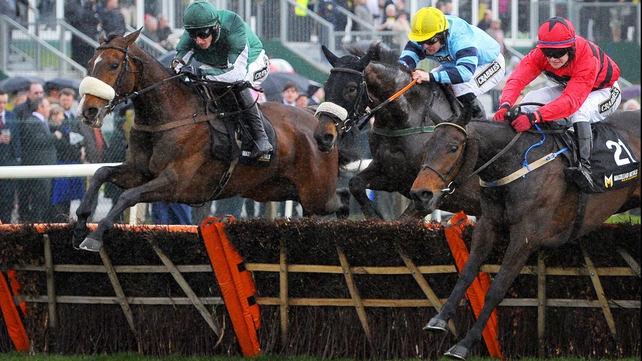 Having struggled in soft ground earlier in the campaign, he was having his first run for 112 days.

Williams said: "This is his time of year. He ran with credit during the winter. We were just waiting for spring.

"I wanted to go to Scotland next week and the owners wouldn't let me, they wanted to come here. And they have been proven right.

"He's only a pony so I was all against him carrying top weight here and Adam (Wedge) couldn't claim. The owners deserve the credit.

"This horse needs a fast gallop. There's no point running him where they go a dawdle."