Godolphin have purchased a majority share in Dubai Duty Free Irish Derby winner Trading Leather, who is to stay with trainer Jim Bolger.

The Teofilo colt, who beat Galileo Rock to lift Group One honours at the Curragh in June, also finished third in the Irish 2,000 Guineas over a mile and was second to Novellist in the King George VI And Queen Elizabeth Stakes at Ascot and to Declaration Of War in the Juddmonte International.

Sheikh Mohammed's operation have also acquired unbeaten two-year-old Piping Rock, who will come under the care of Richard Hannon junior when he takes over the licence from this father, Richard, on 1 January.

Racing manager Simon Crisford told www.godolphin.com: "We are delighted both Trading Leather and Piping Rock will race for Godolphin next year.

"Trading Leather has already shown excellent form at the highest level and we hope Piping Rock can develop into a top Group One performer, too."

The Godolphin blue was carried to Classic success last season by another Bolger-trained colt in 2000 Guineas hero Dawn Approach, while the decision to leave Piping Rock at his current yard will come as a major early boost to Hannon jnr as he follows in the footsteps of his champion trainer father. 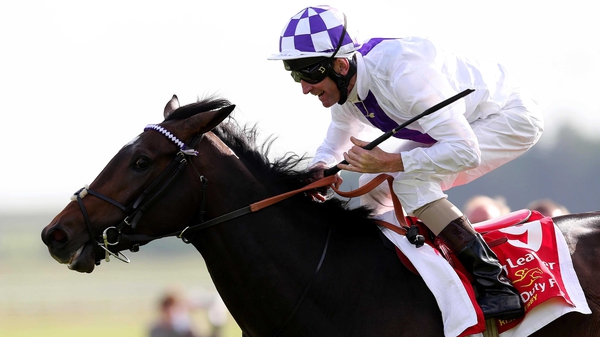