Johns Spirit provided Richie McLernon with the biggest success of his career by gamely clinging on to win the Paddy Power Gold Cup at Cheltenham.

Jonjo O'Neill's six-year-old second-favourite (7-1) had won at the previous meeting but had a 10lb higher mark to contend with.

Settled last in the early stages, he jumped into contention running up the hill where Easter Meteor was still going great guns at the head of affairs.

Hidden Cyclone and Colour Squadron were both heavily involved approaching two out, but Johns Spirit was kicked into the lead as Easter Meteor came down, slightly impeding eventual runner-up Colour Squadron in the process.

Despite the latter running on strongly from the last, Johns Spirit had gone clear and although idling he had enough left to win by three-quarters of a length.

Hidden Cyclone, who had been towards the head of affairs from the off, was third and Attaglance stayed on for fourth.

Earlier, Alvarado came with a storming late run to land a thrilling renewal of the Murphy Group Handicap Chase for Fergal O'Brien.

Paul Moloney jumped the final fence in fifth on the eight-year-old, where Monbeg Dude looked sure to score a repeat victory only to meet it all wrong.

That allowed Godsmejudge, Bradley and Knockara Beau a chance to challenge again, but it was Alvarado (12-1) who quickened up best of all. Knockara beau was second with Bradley third and Monbeg Due fourth.

Shutthefrontdoor and African Gold were sent off the 9-4 joint-favourites but Le Bec was not without his followers at 3-1.

Royal Irish Hussar stretched his unbeaten run to three with a game success in the JCB Triumph Hurdle Trial.

Sent off the heavily-backed 10-11 favourite after winning his first two starts over obstacles, the Nicky Henderson-trained three-year-old, despite meeting the last flight all wrong, pulled away in pleasing fashion to win by three and three-quarter lengths.

Creepy had finished second behind the promising Kings Palace last time out but back down in trip he took up the running going strongly coming down the hill.

The favourite Timesremebered had been hard at work from some way out and was staying on strongly up the hill but could not quite peg back the winner and went down by a length.

Return Spring came from the clouds to deny Paul Nicholls a one-two in the Ultima Business Solutions Handicap Hurdle.

All the way up the home straight the Nicholls duo of Salubrious and Southfield Theatre were going at it hammer and tongs with the Festival winner Salubrious just getting the upper hand.

However, after jumping the last Return Spring sprouted wings under James Best and Philip Hobbs' six-year-old got up in the final stride to spring a 20-1 surprise.

A great day for O'Brien, who saddled a one-three in the staying handicap chase, was made even better when The Govaness (28-1) stayed on powerfully to win the U-Kash Mares' Standard Open NH Flat Race. 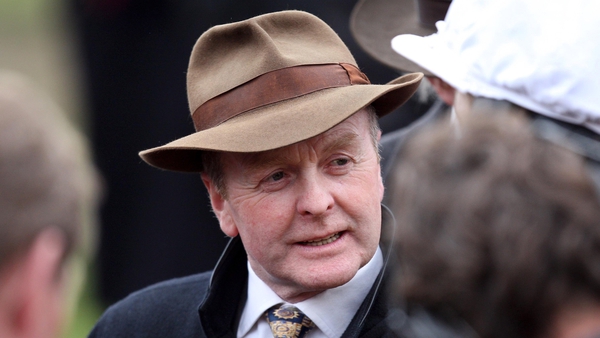