The return to action of Flemenstar is the highlight of a high-class day's racing at Navan, as he heads a quartet of runners in the Boylesports.com Fortria Chase.

An easy winner of the contest last year when with Peter Casey, he has since moved to Tony Martin's yard and is the subject of glowing reports from the stable.

Days Hotel and Realt Mor are the likely dangers, but if Flemenstar is at his brilliant slick-jumping best, he could strike on his reappearance.

The other Grade Two contest on the card is the Boylesports.com Download Our App Lismullen Hurdle, which sees Captain Cee Bee bid to follow up his recent Tipperary success.

Eddie Harty's veteran may be rising 13 year of age, but he won with plenty in hand last time and his chances have been boosted by the defection of Rule The World.

Gigginstown House Stud rely instead on Dedigout and Un Beau Matin, who warrant close attention, while Mala Beach ended last term on a high note and he, too, cannot be ruled out.

Harty may not have many years left with his veteran stable star, but looks to have another smart sort coming through in Minella Foru.

The four-year-old was a smooth winner at Listowel, but will have to improve in the Boylesports.com Quick Bet Racing 'For Auction' Novice Hurdle, as Very Wood impressed at Galway and King Of The Picts already has a Grade Three win to his name.

The meeting kicks off with the Follow Navan Racecourse On Facebook 3-Y-O Maiden Hurdle, in which last-time-out seconds Gerdago and Indian Icon bid to go one better. 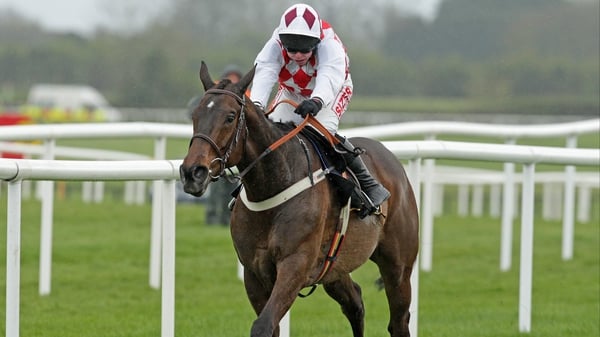