Aidan O'Brien has supplemented Tapestry for the Moyglare Stud Stakes at the Curragh on Sunday.

The daughter of Galileo struck over the course and distance in the Group Two Debutante Stakes earlier this month, to take her 100% record to two.

O'Brien left in four others - Bluebell, Minorette, Perhaps and Wonderfully - as 13 fillies were confirmed.

Lambourn trainer Charlie Hills is set to run Kiyoshi, who was last seen winning the Albany Stakes in convincing fashion at Royal Ascot.

Hills said: "She's going to run there. We are very happy with her and looking forward to running her over seven furlongs.

"It's a galloping track and should suit her."

There is a second British possible in the shape of the Clive Brittain-trained Rizeena.

She won the Queen Mary Stakes at the Royal meeting and was third to No Nay Never in the Prix Morny on her latest start.

Dermot Weld is double-handed with Afternoon Sunlight and Carla Bianca, while John Murphy's Touch Of Snow completes the list. 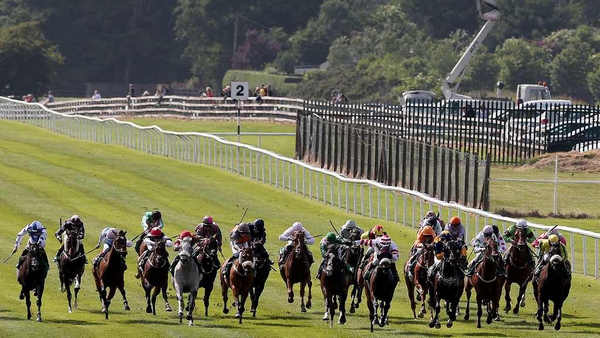