An intriguing renewal of the Group Three Ballyroan Stakes features on a seven-race card at Leopardstown.

Ernest Hemingway bids to confirm the huge impression he made when slamming Royal Diamond in the Curragh Cup at the end of June.

Aidan O'Brien's lightly-raced Galileo colt simply bolted up at Headquarters and will be all the rage to double up despite Johnny Murtagh's charge being six pounds better off at the weights.

The real fly in the ointment could be Jim Bolger's thriving three-year-old filly Scintillula, beaten by just a length when fourth in the Irish Oaks and a convincing winner over O'Brien's Mars in the Meld Stakes last month.

Dermot Weld, winner of the past four runnings of the Ballyroan, isn't represented this year but he has chances elsewhere, with Acting Talent in the opening Foxrock Fillies Maiden at 5.15.

She made a bright start when she placed third at Navan and should give Il Palazzo plenty to think about providing she's gone the right way since her introduction.

O'Brien looks to have identified a really good opening for Friendship in the Irish Stallion Farms EBF Maiden. He's had four attempts already but will be hard to beat if he repeats his Galway second.

Bolger goes for his third straight win in the "Bressie" Maiden with the returning Tonabrocky, although Curragh third Murphy's Delight could also have a major impact with race-fitness on his side.

The Black Devil and Carenza stand out in the MSL Sandyford Handicap. 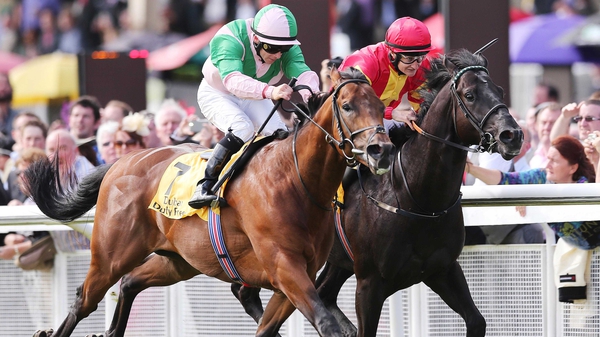 Big Time added to Phoenix Stakes at the Curragh