Charlie's Vic showed her Punchestown win was no fluke when running out a bloodless winner of the Irish Stallion Farms EBF Mares Novice Hurdle at Downpatrick.

Always to the fore under Derek Fox, the 1-4 favourite drew further and further clear approaching the final flight.

Fox eased up the Noel Kelly-trained mare on the run-in, allowing Nanna Maura to close to four lengths at the line, but the result was never in any doubt.

Though Charlie's Vic's win was easy enough, it paled into insignificance when compared to Oscar Hill's win in the Roadhouse Pub Novice Handicap Hurdle.

Gordon Elliott's charge was soon well clear of the rest and though Paul Carberry eased the 5-4 favourite for the entirety of the run-in, he was still a distance ahead of Mylerstown at the line.

Elliott completed a double when Spring Lane (4-5 favourite) scorched clear to land the One Day At A Time INH Flat Race under Nina Carberry.

Leighinmor got the better of a thrilling duel with Carsonstown Bridge to land the Martinstown Opportunity Maiden Hurdle under Ben Dalton.

Carsonstown Bridge looked to have built a small but commanding lead two out, but a mistake at the last let Leighinmor back in.

The pair were locked together all the way along the run-in, with Ian Ferguson's 2-1 chance just edging the verdict by a head.

Supporters of Call Box were given a fright before he came home in front in the Square One Bar Dromara Handicap Hurdle.

Having seen off the stubborn challenge of Pink Goddess by the last, the 100-30 favourite veered left on the home turn, but once he met the stands' rail, he straightened up to win by three and three-quarter lengths. 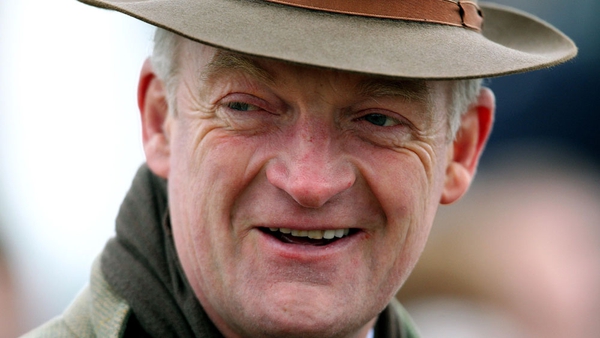