The Dundalk Stadium On Facebook Handicap provides the highlight of a competitive card at Dundalk and sees a number of previous winners at the track lock horns.

You have to go back a few runs to find Banna Boirche's success at the track, whereas Dahindar was imperious in scoring here earlier this month and shouldn't be too incovenienced by the drop to this trip.

Empirico's course success same over the minimum trip, but if he stays, he is another likely danger.

The meeting gets under way with the www.dundalkstadium.com Handicap, where Hello Man bids to complete a hat-trick after winning easily at Laytown and Listowel last month.

However, My Girl Anna and Dunne Grand, who have both disappointed since winning here, may relish the return to this surface and won't make life easy.

Roman Flame has been knocking on the door of late and connections will be hopeful she can get her nose in front in the Irish Stallion Farms EBF Fillies Maiden.

She will have to be at the top of her game, though, as Secret Story ran creditably enough on her debut to suggest she can challenge, while Crystal Morning also looks capable of picking up a race or two.

Aidan O'Brien had six entries for the Irish Stallion Farms EBF (C & G) Maiden, but he has declared just Long Live The King, who hasn't been beaten far in both starts to date and will no doubt be fancied to score before long.

Any support for newcomers Printmaker, Sonapour and Stable Bank would be interesting, and any one of the three could get involved. 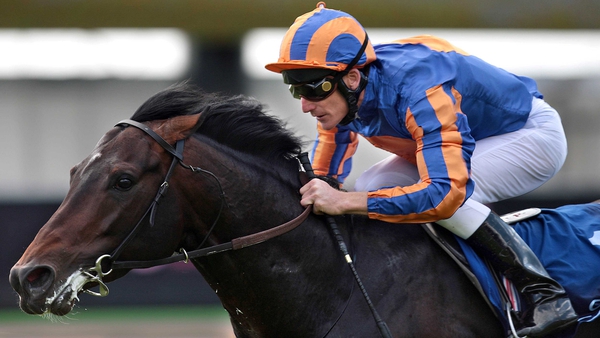 Doubles order of the day at Dundalk Racing