Kilkenny's Mary Fitzgerald may be making her Paralympic debut in the F40 shot on Saturday but has the benefit of learning about the big occasion, at the closest possible quarters, from one of Ireland’s greatest athletes ever.

In University College Cork, where she will soon start her final year of occupational therapy, they have a scholarship system called Quercus which supports high achieving students in academia, sport and many other fields.

One of its benefits is getting to live on campus with a group of fellow Quercus recipients and your housemates are rotated annually to further expose students to excellence in all of its forms. For the past year Fitzgerald has shared a Quercus house with a certain medical student and Olympic rowing champion. 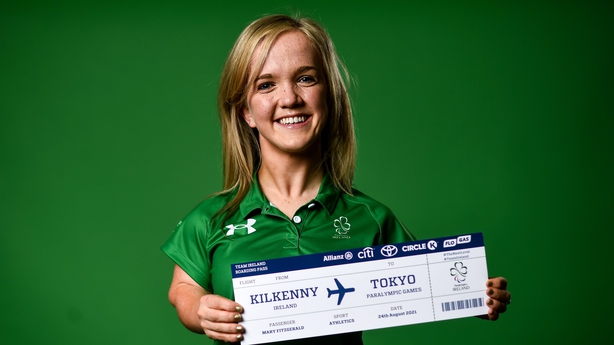 "The previous year I shared with students who were musicians, an actress and a person running their own business. We all learn lots about how we each work, it’s a fantastic way to learn."

So what has she learned from Skibbereen’s awesome rowing star?

"His unbelievable work ethic and discipline. Paul is truly down to earth and amazingly disciplined. What I’ve learnt most from him is that it’s the smallest of things that make the biggest difference to you as an athlete, whether it’s your nutrition or your sleep or how you organise all the other stuff in your life."

They seem cut from similar cloth. The Callan woman, who has just turned 22, first got into throwing through an induction day with the Irish Wheelchair Association. She is a person of small stature but points out that IWA Sport caters for people of all abilities and disabilities, not exclusively wheelchair users.

She threw all the disciplines since 10 but started to specialise in shot put from her mid-teens and worked with John McCarthy, who coached Paralympic discus medallist Niamh McCarthy, before she even got to UCC.

She is a member of Gowran AC, has her own circle and toe-board at home in the shed "because you can never depend on the Irish weather" and, apart from UCC’s high performance facilities, also benefits from access to Leevale AC’s indoor set-up.

She likes to compete in able-bodied competitions: "I’m not challenging the girls at the top obviously but I compete to push myself and to raise my own standard."

Her first competition in an Irish vest was in Italy in 2019 and she has clearly made good use of lockdown, coming into Tokyo in the best shape of her young life. She took bronze at the European Championships in Poland in June with 7.35m, went on to improve her personal best from 7.44m to 7.85m and then, on 8 August, at the Munster IWA Championships in Templemore, finally broke the world-class 8-metre barometer for her event.

Her new PB of 8.12m puts her fourth in the world rankings and she makes no bones about her ambitions in Tokyo. Poland’s Renata Sliwinska holds the F40 world record of 9.11m and Nigeria’s Lauritta Onye has the Paralympic mark of 8.40m.

"The third in the rankings is 8.22m so that’s what I’m chasing but I’d be delighted even to get another PB.

"It’s been a childhood dream for a very long time to compete at this level," she says.

"London 2012 was the moment I said 'I want to be there.' That was the milestone for me. Seeing guys like Jason (Smyth) and Michael (McKillop), they are absolute superstars."

On Saturday she competes on the same Paralympic stage as one of them and, back at home, will doubtlessly have another sporting superstar rooting for her. 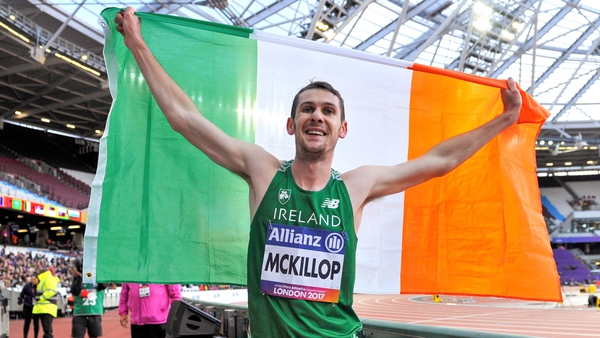 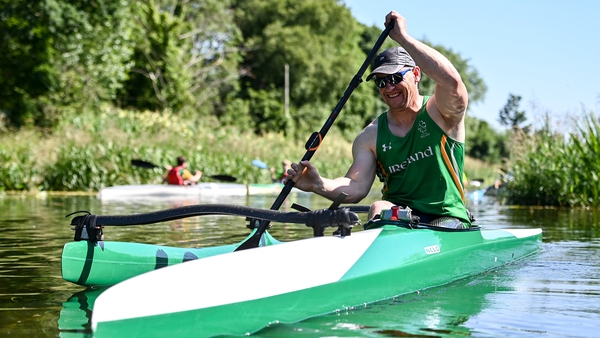 O'Leary doubles up for tilt at Tokyo medal 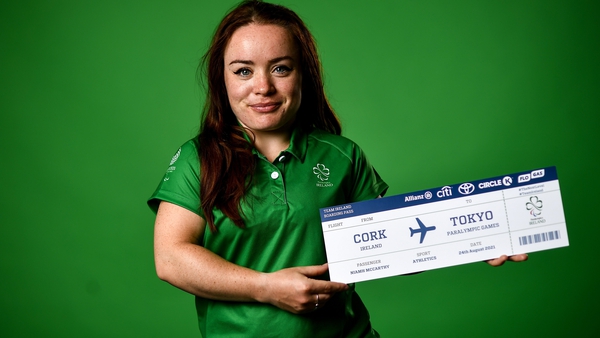