Cyclists Katie-George Dunlevy and Eve McCrystal have claimed a silver medal for Ireland in the B 3,000m individual pursuit at the 2020 Tokyo Paralympics.

The pair showed incredible speed in their qualifying round to set a new world record of 3:19.946, which set up an opportunity to race for gold in the medal race.

However the gauntlet was laid down in the next race, as the British duo of Lora Fachie and Corinne Hall immediately broke that record with the final run.

The Irish and British pairs then faced off for gold but it was Fachie and Hall who made the better start and though Katie George and Eve managed to reel in their rivals in the middle thousand metres the Britons ultimately re-established their lead before crossing the line to win gold.

"The silver medal means the world to us"

Dunlevy and McCrystal are better known as road racing specialists, so this medal on the track was a very pleasant surprise for both.

"I'm in a bit of shock, it is absolutely amazing," said Dunlevy. "If someone said to me before that I would get a medal in the pursuit I would never have thought it in my wildest dreams. We were hoping to do a good ride and get a PB. To get that and a world record, I’m just speechless."

McCrystal said: "I think we did ourselves proud, we left nothing to chance, no stone was left unturned by our coach Neill (Delahaye) and Cycling Ireland. He made sure that we would get here in best possible form.

"To get that performance, I just can't believe it. I’m so proud of Katie and I know she is proud of me – I am just so happy that we did this."

The athletes were congratulated by President Michael D Higgins, who described their achievement as "remarkable".

"My warmest congratulations to Katie-George Dunlevy & Eve McCrystal who today won silver in the B 3000m Individual Pursuit, adding to their remarkable record when representing @TeamIreland."#ParaCycling @ParalympicsIRE @sportireland

In a post on Twitter, she said that their silver medal was a "fantastic achievement" that was "making Ireland proud".

A silver medal for Ireland!

Another brilliant performance after their WR display in the qualifier! #ParaCycling are on the medal board for 🇮🇪 pic.twitter.com/m5Gv6Lsp8e

Martin Gordon and Eamonn Byrne produced another brilliant performance at the Izu Velodrome in the early hours of this morning to maintain the para cycling team's record of having every rider deliver a personal best performance to date.

The tandem duo are sprint specialists and they showed their class in the B1000m time trial final as they smashed their previous mark to finish on 1:01.545 in an excellent fifth place overall, well clear of the Spanish pairing in sixth place.

Elsewhere, Nicole Turner has qualified for the SB6 100m breaststroke final, which takes place at 9.06am and can be watched on RTÉ2 and the RTÉ Player. 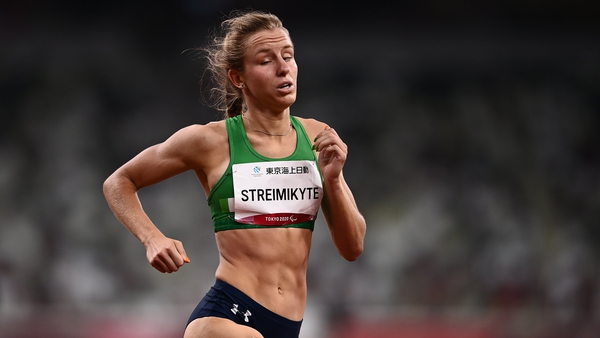