Ellen Keane has won Ireland's first medal of the 2020 Paralympic Games in Tokyo, claiming gold in the SB8 100m breaststroke with the best performance of her life.

Competing in her favoured event, Keane had set expectations high when she blazed through her heat, winning the race in a personal best time of 1:21.71, but she obliterated that mark in the final, going nearly two seconds quicker to take gold in 1:19.93.

Just like the heat, the final proved to be a duel between Keane and New Zealand's Sophie Pascoe, with Pascoe getting the better start.

The 26-year-old trailed her rival by half a length at the midway point, but crucially made a much-improved turn to set her up for a real charge in the closing stages.

The Clontarf swimmer ate into Pascoe's lead in the second half of the race, over-taking her with 25 metres to go and held on to that lead to touch home first and claim the gold.

Pascoe finished second for New Zealand's first medal of the Tokyo games in a time of 1:20.32, with Adelina Razetdinova taking bronze for the Russian athletes in 1:24.77.

Canada's Katarina Roxon who came into the race as the defending champion from Rio 2016, had to settle for fourth place.

Afterwards Keane revealed that not everything went to plan as her goggles filled with water as soon as she dived in, but she claimed that she may have been aided by that mishap.

"I don't think it's fully sunk in yet," she told RTÉ Sport. "When I dove in my goggles filled up with water but I think that was maybe a good thing because I couldn't see where the girls were around me.

"Just on the turn I saw Sophie a little bit but I just had a gameplan in mind and I stuck to that."

Keane made her Paralympic debut as a 13-year-old in Beijing in 2008 and won bronze in Rio but this time, in her fourth Games, she used all that experience to finally achieve her dream of winning gold.

The 16-year-old made her Paralympic debut yesterday and today she made light of competing against a world-class field to finish in sixth, in a personal best time of 1:08.61.

Gia Pergolini from the USA, set a new world record, finishing in a time of 1:04.64. Pergolini had already broke the world record in the heats and swam the first ever time bellow 1:05 in the event. 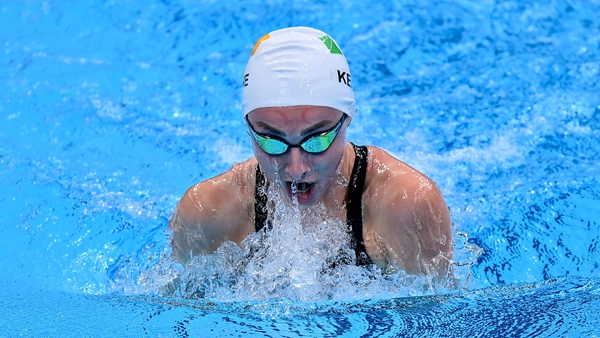