Niamh McCarthy brought the curtain down on a brilliant week for Irish Para Athletics at the European Championships as she claimed a second gold medal for Team Ireland in Bydgoszcz in Poland.

McCarthy went into the final of the F41 Discus event as the defending champion and outright favourite to defend her crown and she did not disappoint, producing a season's best throw of 30:03m to win the gold medal in emphatic fashion.

Niamh showed some rustiness with her earlier efforts recording only a 10.45m throw with her first effort but on her second throw she reached, 27:96m, a throw that would have secured the gold for McCarthy.

However, the best was yet to come as the Cork star threw her season’s best on her third effort and secure the win.

"It’s a good starting base I suppose really," she said afterwards. "Coming up My competition is quite intense internationally so there weren’t too many behind me and I know in Tokyo there will be but I know what I’m doing right now is working quite well so I just need to keep at it."

McCarthy’s was the second podium of the day for Team Ireland following a silver medal performance by Michael McKillop, with the Ballymena native second in T38 1500m final. 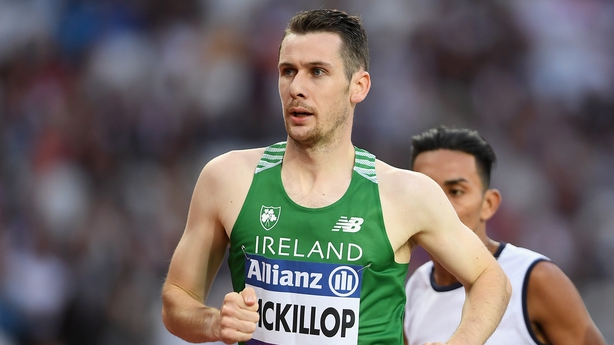 The four-time Paralympic champion posted a time of 4:09:85 to finish second behind winner Redouane Hennouni, the Frenchman breaking the European record in the process.

David Leavy finished seventh in a season's best time of 4:26.01.

Speaking after the race, McKillop said "I felt alright, I went out there to win like I usually do. I got beaten by the better guy on the day, he took it out and went hard.

"I just couldn't bridge the gap back to him after a lap so fair play to him, I've got to take it on the chin and get my head down really for Tokyo."

Team Ireland will return home with four medals in total thanks to McCarthy and McKillop along with gold won earlier this week by Greta Streimikyte and bronze from Mary Fitzgerald.