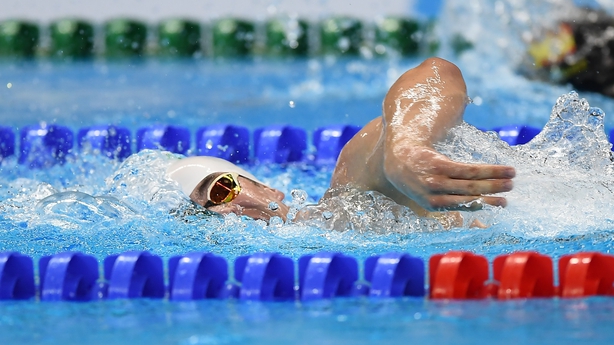 James Scully has yet to reach a final but has been in fine form, knocking six-tenths of a second off his lifetime best in Monday's 50m freestyle. The Ratoath man, who also competed in the 200m distance last week, admitted he had used the sprint as a warm up for Saturday's race, where another personal best would give him an outside chance of coming back for the evening session.

The Irish trio lie 13th in the standings after 10 of the competition's 11 races, and are thus well out of contention for a medal, but that won't stop them from going all out for a big finish to their Games.

Kilkenny man Vereker will be desperate to join the Irish cycling team's medal rush after watching his team-mates claim two golds and a silver in Pontal this week. The 36-year-old is not without hope in the tandem road race, either, as he and pilot Sean Hahessy took gold in a World Cup road race in May.

A late addition to Team Ireland, former Tipperary minor hurler Peter Ryan was awarded a place at his first Paralympics following the suspension of Russia from the Games. Ranked eighth at last year's world championships, Ryan finished 17th alongside pilot Marcin Mizgakski, himself a former Polish national champion, in the time trial event on Wednesday

Team Ireland's golden girls return to Pontal looking to add to the title won in Wednesday's time trial in the women's tandem road race. English-born Dunlevy and Louth woman McCrystal were narrowly pipped for gold in this event at the 2014 world championships, and are ranked second in the world this year having won gold at the World Cup event in Ostend in May. 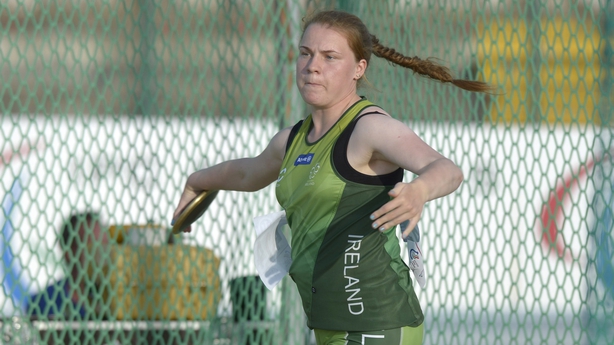 You might think Noelle Lenihan would be feeling the pressure having seen fellow discus throwers Orla Barry and Niamh McCarthy win silver medals on Thursday, but the Cork teenager has shown she is well able for the big occasion in her fledgling athletics career. Named one of the IPC's 'Athletes to Watch' for Rio, Lenihan won silver at her major championships debut at last year's worlds, before taking gold at the European Championships this year with a new world record of 32.14m, on her first throw no less.

Nicole Turner was due to race in the heats of the S6 100m Freestyle in what would have been her sixth event of a intensive programme but has withdrawn from the event.