Ellen Keane is a Paralympic veteran at only 21-years-old. She was Ireland's youngest athlete when swimming in the Beijing Games aged just 13. The Dublin woman placed an impressive sixth in the 100m Breaststroke there.

She was also present at the London Games four years later, reaching three finals in all – her best a fifth place finish in the 100m Butterfly.

The Dubliner has claimed medals at various international events including two bronze at the IPC World Championships in 2013, and followed that up with another at the 2015 World Championships in Glasgow, setting a PB in the 200m Individual Medley, the discipline she is swimming in today when she will be expecting to reach the final.

Katie-George Dunlevy and Eve McCrystal finished seventh in the 1,000m B Time Trial in Rio on Friday, setting a new sea-level personal best of 1:12.332 seconds at the Olympic Velodrome, briefly leading the competition before a succession of Paralympic record times dropped them outside the medal placings.

They took bronze in the Women’s Tandem 3km pursuit at the 2015 UCI Para-cycling Track World Championships in the Netherlands and are still hopeful of glory Rio. They've spent the guts of three years training in Majorca and Portugal for this. 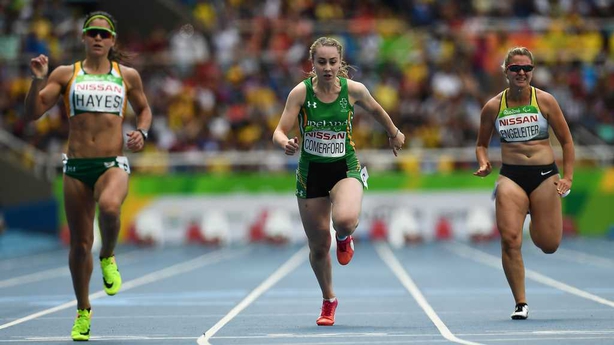 Orla Comerford has shone so far in what is her first Paralympic Games. The Raheny Shamrocks sprinter has qualified for the 100m final after finishing as one of the fastest losers with a PB time of 12.81. "I was a little bit disappointed with the time, but I'm delighted I made a final, that was my aim," the teenager, who turns 19 on Wednesday said.

The Howth woman, who began to lose her eyesight seven years ago due to Stargardt’s disease, continued, "It's such an honour, such an exciting experience. I'm just really chuffed to make the final."

Ailbhe Kelly contested her first event at the Paralympics when falling short in the Heats of the S8 400m freestyle on Thursday, but the Dublin woman was full of positivity afterwards and will be eager to improve in the 100m freestyle.

Kelly said on Thursday: “I really enjoyed the atmosphere in there, it was really good. So I can go back and have a look at it and see what I need to do to make my next race better.” 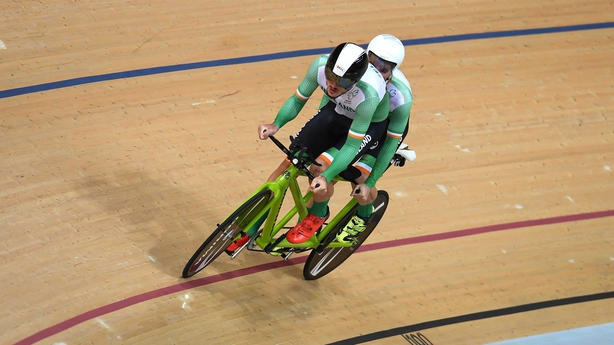 Damien Vereker and Sean Hahessy finished eighth in the individual tandem 4K pursuit on Thursday, but not before setting the pace and lying in second place with eight competitors to go. However, strong showings from the British, Dutch and Spanish saw Vereker and Hahessy tumble down to eighth, outside the top-four finish they required to compete for a medal.

Their performance bodes well for the future though as the recently formed partnership’s only competitive action before these Games came in a World Cup race in Spain earlier this year. Damien is am member of the Comeragh Cycling club, while pilot Sean rides with Carrick Wheelers.

Triathlon is making its Paralympic debut in Rio, but Catherine Walsh is no stranger to the Games, having won medals previously in pentathlon and track cycling, with Fran Meehan piloting her to a pair of cycling medals in London four years ago.

The duo have since switched to para triathlon, which is run over the traditional sprint distance of a 750m swim, 20km cycle and 5km run, and finished fifth in the European Championships in May.

This will be Michael McKillop’s third Paralympic Games and he the defending champion and one of the stars on the international stage. Michael first won 800m gold at Beijing 2008, while adding gold in both the 800m and 1500m at London 2012, while he also holds the world records in both distances.

The Antrim man also successfully defended his world titles for both distances at the World Championships in Doha in 2015. Michael, from Newtownabbey, will be highly fancied to continue his gold run this afternoon.