The International Olympic Committee (IOC) said it was not consulted in the decision by the Olympic Council of Asia to pick Saudi Arabia as the hosts of the 2029 Asian Winter Games.

The choice for the 2029 Games at the OCA general assembly on Tuesday raised eyebrows in the sports world with the largely desert state of Saudi Arabia experiencing only rare snowfall and without any winter sports infrastructure or tradition.

It also means that all or the majority of venues needed for this multi-sports event would have to be built from scratch.

"The IOC was not consulted about the OCA decision with regard to the Asian Winter Games and was not involved in the decision-making process," an IOC spokesperson said.

"As far as the IOC is concerned, sustainability is a key pillar of Olympic Agenda 2020+5," the official told Reuters in reference to the IOC's Olympic Games reform plan aimed at reducing costs and the size of the Olympics to make them more attractive to potential future host cities.

The development is expected to be completed in 2026 and will offer outdoor skiing, a man-made freshwater lake and a nature reserve, according to the project's website.

"For the Olympic Games, the IOC made it plain in Olympic Agenda 2020+5 that there is a clear priority for existing venues. If these do not exist, the use of temporary venues is encouraged," the IOC spokesperson said.

"If neither of these works from a sustainability point of view, the respective events can even be held outside the Olympic host country. The IOC also requires organising committees to achieve climate-positive Olympic Games by 2030 at the latest."

Paris will hold the 2024 summer Olympics while Italy's Cortina D'Ampezzo will stage the 2026 winter Games. The 2028 summer Games will be held in Los Angeles while Brisbane, Australia, will organise the 2032 summer Olympics. 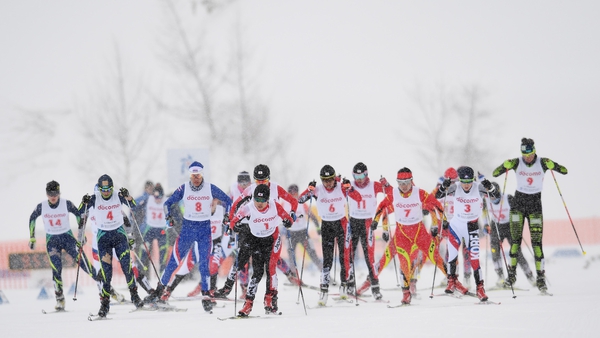