Aine Tighe took her season tally to four goals when she helped Fremantle Dockers to a 32-32 draw against Carlton in the AFL Women's.

The Leitrim native scored twice for her side at the Fremantle Oval as round four of the AFLW continued on Saturday.

She had a late chance to grab the win and a hat-trick for the winless Dockers but was unable to convert.

In Friday's opening match of the round, Vikki Wall's swift adaptation to life Down Under had continued unabated as the Meath All-Ireland winner also scored twice for North Melbourne in their 28-16 win over Geelong Cats.

Wall weighed in with half of North Melbourne's tally of goals on the day, making it a third individual goal in the space of a week, having opened her account last week against Adelaide Crows.

Elsewhere on Saturday, Cora Staunton and Brid Stack were both in action for Greater Western Sydney Giants but were on the losing side against a West Coast Eagles team featuring Tipperary's Aisling McCarthy who managed a behind as well as contributing 13 disposals and four tackles in her side's 16-9 win at Giants Stadium.

A Hawthorn side featuring Mayo's Aileen Gilroy and Áine McDonagh of Galway slipped to a 37-7 loss to Western Bulldogs. 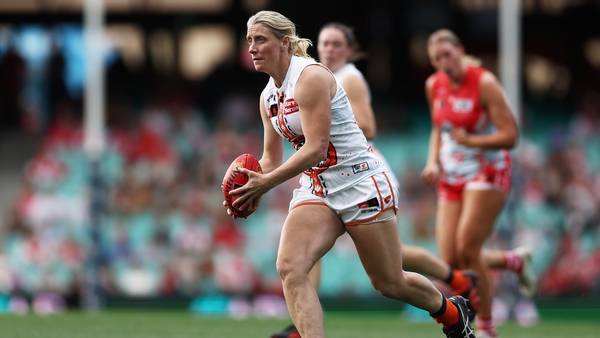