CEO of Sport Ireland John Treacy has announced he will step down from his position at the end of the year.

The 64-year-old has been in the position since Sports Ireland's establishment in 2015 and prior to that performed the same role for the Irish Sports Council since 1999.

Treacy, a silver medallist in the marathon at the 1984 Olympic Games in Los Angeles, oversaw the introduction of the Irish anti-doping programme and increased financial support for the sector.

In a statement released confirming his decision, he said he was especially pleased with the "strides made" in women's participation.

Speaking on RTÉ's Morning Ireland, the Waterford native said he is particularly proud of the creation of the Institute of Sport.

"When I walk through it now, and it's a fantastic facility, where athletes can utilise world class service providers, that’s fantastic."

Sport now is more for everyone, it's not just the elite

Treacy added that other aspects he will look upon fondly as his time in the role is the support of Irish Paralympians the same as Olympians, something he described as "ahead of its time", closer workings with disability groups and tighter links with local initiatives.

"Sport now is more for everyone, it's not just the elite." 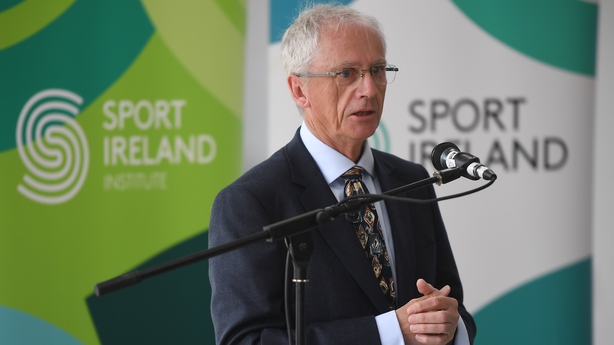 Treacy went on to stress the importance of child protection measurements that were introduced as well as more robust anti-doping regulations.

In a statement released by Sport Ireland, Treacy said it was a "privilege" to lead Sport Ireland and the Irish Sports Council.

"There have been many highlights, but in particular I am delighted with the significant strides made in women's participation in sport and disability sport over recent years.

"While it was my intention to retire from the role last year, the postponement of the Olympic and Paralympic Games, the onset of the pandemic and the need to ensure stability changed those plans.

"With Sport Ireland now firmly established and the sector in a strong position to tackle any challenges ahead, I believe now is the right time for me to step away."

Chairman of Sport Ireland Kieran Mulvey said Treacy has been a "model Chief Executive" and that his contribution to sport in Ireland as both an athlete and an administrator has been "immeasurable".

Sport Ireland said it has commenced the recruitment process for Treacy's replacement.