Rhys McClenaghan could not hide his frustration after failing to make the pommel horse final at the World Gymnastics Championships in Kitakyushu, Japan on Wednesday.

The 22-year-old Antrim man was among a group of gymnasts who competed immediately after an unscheduled 90-minute break, during which workers in full protective gear came out to scrub down the apparatus.

Organisers later said that a Colombian gymnast, who had competed in the previous group, had tested positive for Covid-19.

A slip late in his qualification routine saw McClenaghan score 13.766, which meant he did not progress from the qualifiers.

"I'm sad I trained until this point just to have the chalk wiped off the equipment and been told to wait 1 hour 30 mins before I competed due to a competitor in the subdivision before testing positive for Covid," he wrote on Twitter.

"Time to go home and just hope there’s not another Worlds like this one."

That's it guys, make it nice and slippery https://t.co/9vEV0BTVIN

McClenaghan suffered huge disappointment in the Olympic Games pommel horse final in August when he came off the apparatus early in his routine and finished out of the medals in seventh. He had topped the qualifying standings.

Two years ago he won bronze in the pommel horse at the Worlds in Stuttgart.

On Tuesday Emma Slevin became the first Irish gymnast to qualify for the coveted all around finals of the Worlds when she placed 21st with a score of 50.165.

The top 24 made it through to the final, which will take place on Thursday at 10am Irish time [live on the RTÉ Player]. 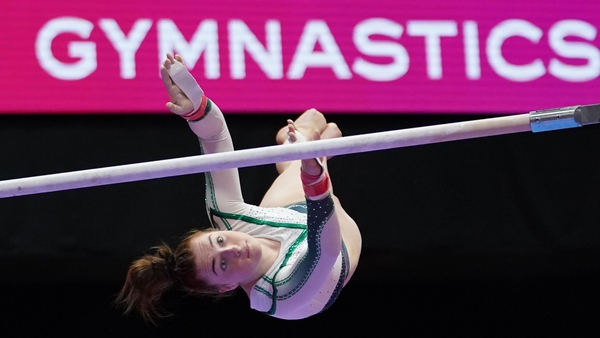