Oliver Dowden, the UK's Culture Secretary, hopes this week's pilot events for crowds returning to sport will "pave the way for the return of life as we used to know it".

Saturday's opening day of the World Snooker Championship in Sheffield was the first in a number of trials as part of the UK Government-led Events Research Programme (ERP), with other events following this week.

The ERP will test various methods with a view to identifying the safest and most effective ways to allow fans to return to sports events in significant numbers from June 21.

There will be 4,000 fans at Wembley for Sunday's FA Cup semi-final between Leicester and Southampton, with 8,000 at next week's Carabao Cup final between Manchester City and Tottenham.

Capacity at the Crucible will be gradually increased subject to strict conditions, including the requirement that ticket-holders undergo pre and post-event coronavirus tests.

Dowden says the success of these pilot events will be a crucial step on the return of normal life.

He wrote in a column in the Sunday Telegraph: "The World Snooker Championship is back with a bang at the world-famous Crucible arena.

"This afternoon, it will be joined by the FA Cup semi-final between Leicester City and Southampton at Wembley, as well as next week's Carabao Cup final - all of them playing out in front of a crowd as the Government kicks off a series of pilots to test the return of mass events.

"Together, these pilots will put Covid-19 under the microscope. We're deploying the very best of our UK universities and scientific expertise to safely examine the risk of transmission in a number of different settings: seated and unseated; indoor and outdoor venues.

"These pilots will help unlock all of those things. In a few months' time we'll hopefully look back at the Snooker World Championship and others as the starting gun not just for a summer of fun but for so much more.

"Ultimately, they could pave the way for the return of life as we used to know it." 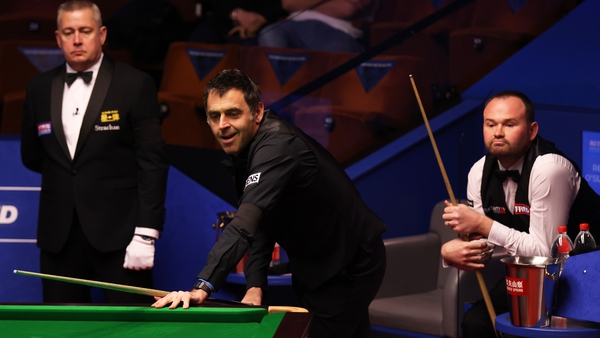