Getting one over on your opponent is the norm in sports, stepping aside for the greater good is a rare occurrence.

The International World Games is due to take place in Alabama in the summer of 2022, but Ireland's lacrosse team, despite having qualified, won't be there.

The Games, which aim to showcase and provide a pathway to the Olympics for sports who want to take the next step, were supposed to be held next year but the coronavirus pandemic pushed it back.

Ireland had secured a select invite to the men’s tournament, which is run as an abbreviated version of the full game, with six players per team instead of the usual 10.

Only eight teams, based on finishing places at the 2018 World Championships, were picked to take part and Ireland was among that number.

And we have all seen in recent years what gold runs can do for minority sports on the island, creating profiles and stars and careers.

The whole country rowed in behind the O’Donovan brothers when they pulled like dogs in Rio in 2016.

The Green Army swelled in numbers when Graham Shaw’s side, against all odds, reached the 2018 Women's Hockey World Cup final.

Fair weather fans, band-wagon hoppers and Johnny-come-latelys all welcome as the sports built up their profiles on a world stage, encouraging young and not so young to give them a try.

Ireland Lacrosse CEO Michael Kennedy says the team "punch above their weight" on the international stage so a decent run in a small-field tournament was not beyond the bounds of possibility.

But they’ve just handed away their golden ticket.

There are more important things, reckons Kennedy, than just playing the sport they love, especially not at the expense of another, more deserving brother.

The reason? The Iroquois Nationals, having placed third in the same tournament from which Ireland qualified, were originally deemed ineligible to compete.

Well, the sport itself originated among the Mohawk, Cayuga, Onondaga, Seneca, Oneida and Tuscarora Nations, collectively known as the Haudenosaunee Confederacy in the northeastern United States.

They compete in international lacrosse as the Iroquois Nationals. 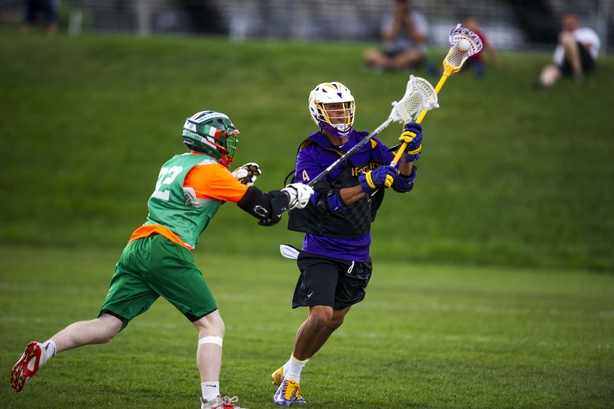 They believe that the game is a "medicine", a gift from the Creator, played for his enjoyment, for healing.

They are the soul of the sport, says Kennedy, and for a men’s lacrosse tournament, making its debut in the World Games, to go ahead without the Iroquois Nationals was not something they could allow.

International World Games organisers initially excluded them on the grounds that they were not a sovereign nation, without an Olympic Committee and therefore could not compete.

That upset the lacrosse community across the world and it prompted Kennedy and Ireland Lacrosse to make the ultimate sacrifice, moving aside once the association indicated that decision would be changed if a place could be found for the Iroquois.

"It originated with Native American Indians, the Iroquois.

"They are the spiritual part of the game and they say that they received the game from the Creator, it's something special to have that connection.

"There was so much more to be gained for the sport as a whole than for Ireland to gain from that one tournament. It was the right decision to pull out to enable the Iroquois to take part."

But it's a decision that comes with a cost for Ireland, who won't benefit from the publicity that they would have gained during the tournament.

"That was running through our minds when we were considering this," he says but felt it was worth the short-term pain for the good of the game.

Have they considered, as one administrator from a different sporting body did once, of asking to be added to the tournament? Not a 33rd team in this case, but a ninth team.

"That has been a topic of conversation between ourselves and World Lacrosse," he says.

"We've been in constant discussions but part of the issue is that it isn’t World Lacrosse that make that decision. It’s the International World Games Association.

"Our sport is targetting the LA Games in 2028. We are the rookie at the table in this event and trying to upset the apple cart by making all kinds of additional requests is a little tricky.

"We would be open to it if World Lacrosse wants to go down that path that would be great for us but we don’t want to push it." 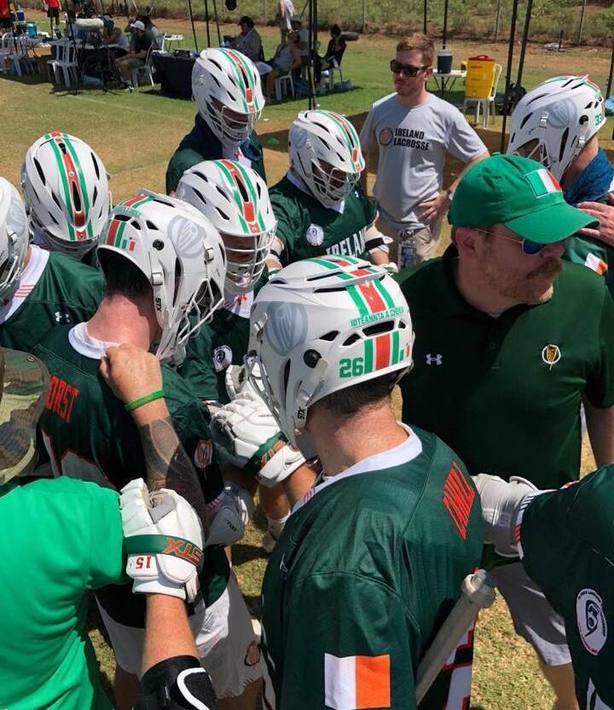 For their part World Lacrosse spokesman Darryl Seibel told RTÉ Sport that Ireland's gesture was "emblematic of the very best ideals of international sport", while the IWGA did not respond.

Ireland may not get in as the ninth team, or rake in a load of cash for not pestering anyone about it, but there's a chance that karma will come into play when the University of Limerick hosts the 2021 Lacrosse Men's U20 World Championship, originally an U19 tournament supposed to be played last July.

"There is so much more for us to gain from that event that playing in the 6s in America," says Kennedy.

"Iroquois leadership is extremely grateful and they want to know how they can help us.

"We want to increase the number of native American teams that come to Limerick next summer."

The Iroquois Nationals Board told RTÉ Sport: "We plan to bring more teams and fans to the tournament and the accompanying festival.

"We look forward to plenty of craic in Limerick next summer, and continuing to build the strong bond we have with Ireland Lacrosse.

"Words do not do justice in expressing the depth of our appreciation for the tremendous sacrifice of Ireland Lacrosse.

"Their genuine concern, empathy, and selflessness demonstrates a true understanding of the ideals of our Medicine Game.

"We are honored to share the world lacrosse stage with our Irish brethren, and we are especially excited about being part of the [tournament in Ireland]."

You have gone above and beyond not only for us, but for what you believe is right.
Your actions have spoken louder than words showing everyone the true power of sport, and the spirit of lacrosse.

It may well be a case of the goodwill Ireland Lacrosse has engendered coming back in spades and perhaps they'll get a taste of their own medicine.