Old rivalries flared as Australian Football League teams returned to limited training on Monday, with Port Adelaide Power fuming at having to share accommodation in a bio-secure "hub" with cross-town rivals and arch-enemies Adelaide Crows.

The South Australian sides, renowned for their ill-tempered and often spiteful contests, are to head north to the Gold Coast for a closed training camp before the top flight of Australian Rules football resumes after a two-month hiatus due to the coronavirus pandemic.

The AFL has booked the sides into the same golf resort, where they will stay for at least the next seven weeks, with travel curbs and quarantine restrictions preventing them from basing themselves in their home state.

"We're so different. Why should we have to spend eight weeks in the same hotel?

"We eat Balfour's meat pies and you eat quiche ... and you guys drink chardonnay. Great respect, but nope. You're not our type of people."

The teams' enmity dates back to disagreements about joining the top flight in the early 1990s. 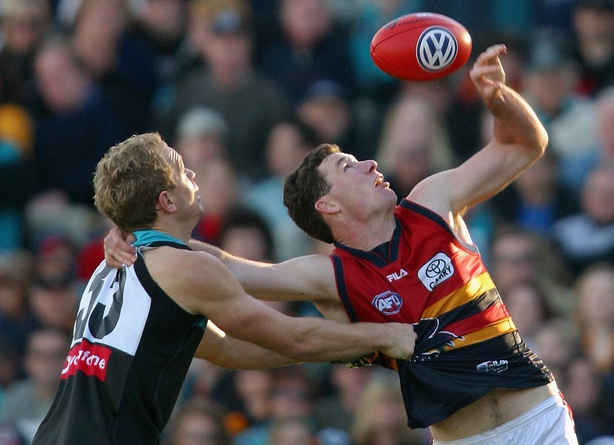 Port Adelaide's hopes of joining in 1991 were thwarted during a legal battle brought by state football officials with the backing of local teams.

The same officials hastily formed the Crows to join the AFL in 1991, prompting huge bitterness from Port, the state's oldest and most successful club.

Port, who ended up joining the AFL in 1997, claimed the 2004 title and their rivalry with the Crows has become one of the most intense in the competition.

A day after one of their 'Showdown' derbies in 2002, players from both teams engaged in a mass brawl outside an Adelaide pub, triggering a media storm.

"We are arch-enemies ... it doesn't make a lot of sense to put them together," Port coach Ken Hinkley told reporters.

"We have these great matches, these great grudge matches, and we're going to go into a place and be all buddies?

"I'm not sure about that. It just doesn't quite feel right in Adelaide."