The Australian Football League's attempt to forge on with the season despite the coronavirus outbreak lasted just one round before it was shut down on Sunday in the wake of a government crackdown on non-essential travel.

The AFL, which runs the top flight Australian rules league, the National Rugby League (NRL) and soccer's A-League had decided to press on with their seasons behind closed doors last week after bans on gatherings of more than 500 people.

With Western Australia and South Australia joining Tasmania and Northern Territory in closing their borders on Sunday, however, continuing an AFL competition with 18 teams ranged across five states looked increasingly untenable.

"The AFL has moved to suspend the 2020 AFL premiership season at the conclusion of this weekend's matches," chief executive Gillon McLachlan told reporters at half-time of the match between Hawthorn and Brisbane at Melbourne Cricket Ground.

"We'll also suspend the AFL Women's season because of the continuing spread of the COVID-19 virus.

Games will be suspended until 31 May. We will review the situation by the end of April to see if a further period of suspension is required."

The match between Hawthorn and Brisbane would be completed, McLachlan, as would Sunday evening's match between West Coast Eagles and Melbourne in Perth.

McLachlan said the league was still hoping to play all 144 matches scheduled and would be prepared to "go as late as possible" into the year to complete the season. 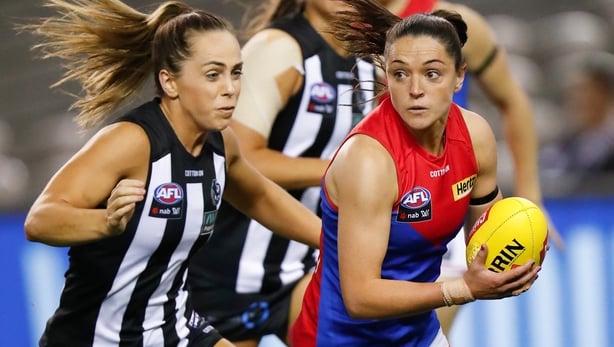 The AFLW season was suspended at the semi-final stage and there would be no championship awarded this year, McLachlan said.

The state border closures are also going to give the A-League problems in finishing its season and have hit Rugby Australia's plans to run a domestic competition in the wake of the suspension of five-nation Super Rugby championship.

The second weekend of the NRL season continued without crowds on Sunday and administrators were initially bullish about pressing on to week three of the competition after the government announcements.

"We are prepared for the worst, and we have looked at every contingency. We're ready for whatever they throw at us," rugby league commission chairman Peter V'landys told Triple M radio.

V'landys warned last weekend of "catastrophic" losses for the league if they were unable to proceed with the season and called on the government to provide financial aid.

Although the AFL, which normally attracts huge crowds, is the most profitable of the competing football codes, McLachlan said they were facing an "unprecedented" challenge.

"The AFL industry is facing its biggest financial crisis in our history," McLachlan said.

"To say that this is the most serious threat to our game in the last 100 years is an understatement."