The coronavirus outbreak has decimated the sporting schedule and left major doubts over some of 2020's biggest events.

A range of sports have had to take action to prevent the spread of the virus, with postponements hitting the Premier League and EFL until early April and all football in Scotland postponed with immediate effect.

The Allianz Leagues, Guinness Six Nations, London Marathon and Formula One have also been affected, as has golf after The Masters was postponed.

With Euro 2020 and the Olympics on the horizon, we take a sport-by-sport look at the impact of the coronavirus.

- Games, training and team gatherings across all codes are on hold until 29 March.

- Limerick have suspended all club games fixed for the month of April. 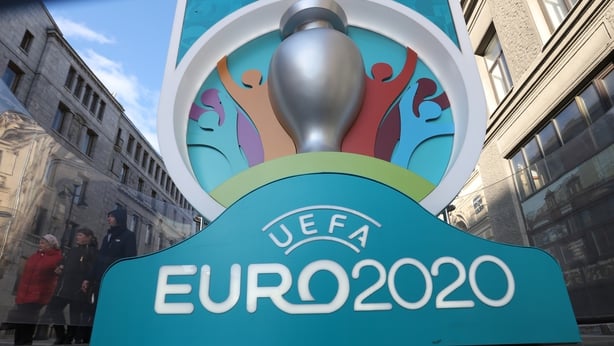 - The Premier League was suspended until April 4 and the EFL until April 3 at the earliest.

- England's two friendlies later this month at Wembley, the Women's Super League and FA Women's Championship were also postponed by the FA. Wales' international matches with Austria and the United States at the end of March were also called off.

- UEFA announced all Champions League and Europa League fixtures scheduled for next week were postponed, as well as the quarter-final draws for both competitions. UEFA called an emergency meeting for Tuesday to discuss the rest of the season and whether Euro 2020 can go ahead as scheduled.

- FIFA relaxed rules on clubs having to release players for forthcoming international fixtures and also recommended that "all international matches previously scheduled to take place in March and April should now be postponed until such time that they can take place in a safe and secure environment".

- Everton's entire first-team squad and coaching staff undertook a period of self-isolation after a first-team player reported symptoms consistent with coronavirus while three Leicester players showed symptoms and were kept away from the rest of the squad.

- Bournemouth announced five of their employees, including goalkeeper Artur Boruc, were self-isolating having displayed symptoms consistent with the virus.

- Half of the Vanarama National League was postponed, despite the league insisting that it would be played as normal. Games between Harrogate and Solihull Moors, Boreham Wood - who share facilities with Arsenal - and Torquay, Barrow and Wrexham, Woking and Dagenham, Bromley and Chorley and Yeovil and Barnet were postponed along with five games in the National League North, though the South division went ahead unaffected.

- Ezequiel Garay became the first LaLiga player to announce that he has tested positive for coronavirus, with Valencia later confirming five positive tests among players and staff.

- Real Madrid players were told to go into quarantine after a member of the club's basketball team tested positive. LaLiga suspended "at least the next two rounds of matches" as a result of the quarantine in place at Real.

- Barcelona suspended all first-team activity after taking advice from their medical staff.

- All domestic sporting action in Italy - including Serie A matches - was suspended until April 3.

- Ligue 1 and Ligue 2, the top two divisions in France, are suspended until further notice.

- The German Football League confirmed games in the top two divisions had been cancelled from this weekend and will recommend a continued suspension until April 2.

- Major League Soccer announced the suspension of matches for 30 days with immediate effect.

- The South American (CONMEBOL) World Cup qualifiers scheduled for March 23-31 were postponed to a later date. 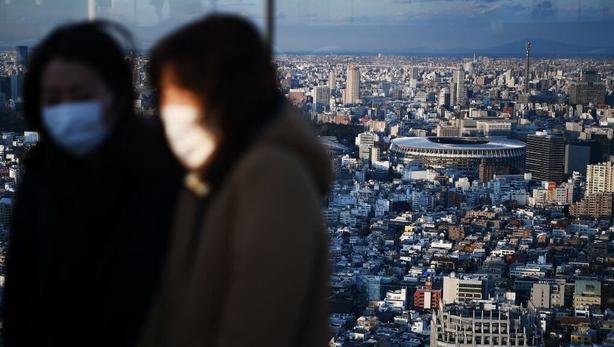 - The International Olympic Committee remains fully committed to staging the Tokyo 2020 Games as scheduled this summer, despite Japan's Olympic minister Seiko Hashimoto suggesting it could be postponed until later in the year.

- The British Olympic Association still plans to send a delegation of around 55 people to Tokyo this month for a "detailed operational recce".

- The Greek leg of the Olympic Torch Relay was cancelled the day after the first flame-lighting ceremony since 1984 to take place without spectators.

- The Six Nations game between Wales and Scotland in Cardiff scheduled for Saturday was postponed on Friday, joining the games between France and Ireland and Italy against England.

- Following the postponement of the Gallagher Premiership Rugby Cup final between Sale and Harlequins, the Premiership is set to be suspended, with officials meeting on Monday to discuss the immediate future of the competition. They are expected to pre-empt government advice and cancel the season until further notice.

- The Guinness PRO14 was suspended indefinitely.

- Sunday's Premiership Rugby Cup final between Sale and Harlequins was originally given the go-ahead on Friday, only to be postponed following an individual on staff developing symptoms consistent with coronavirus.

- The Super Rugby season was suspended after the decision of the New Zealand government to quarantine people entering the country for 14 days.

- Rugby Australia closed its Sydney headquarters for an "intensive clean" after two members of its Australian Sevens program showed signs and symptoms associated with coronavirus. 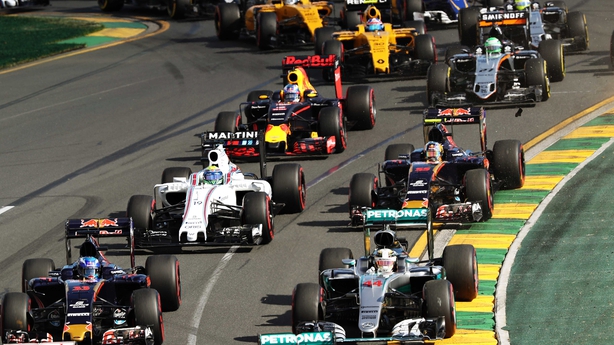 - The season-opening Australian Grand Prix was called off along with the races in Bahrain, Vietnam, China and Holland. Formula One hopes to start the season at the end of May.

- McLaren had already withdrawn from the Australian race earlier on Thursday after a member of staff tested positive for the illness. It is understood the team member reported symptoms associated with the virus in the Albert Park paddock on Wednesday morning.

- The opening four races of the MotoGP season in Qatar, Thailand, the United States and Argentina were called off. The Qatar race was cancelled, while the other three have been moved to later in the season, which is now due to get under way in Spain on May 3. 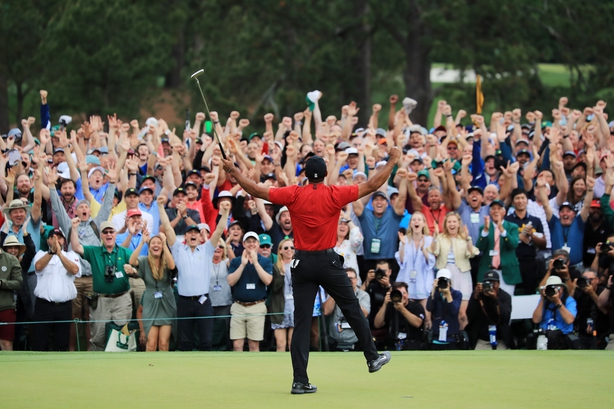 - The Masters at Augusta, traditionally regarded as the sport's blue riband event, became the first golf major to be postponed.

- The Players Championship was cancelled along with all PGA Tour events for the next three weeks.

- Five European Tour tournaments have been postponed. Next week's Hero Indian Open and August's Czech Masters have joined this week's Kenya Open and April's Maybank Championship and China Open in being called off.

- The Ladies European Tour's Aramco Saudi Ladies International was postponed with a view to it being rescheduled later in the year.

- The start of the Indian Premier League was postponed from March 29 to April 15 as a precautionary measure.

- The annual Champion County match, regarded as the curtain-raiser to the domestic season, due to be played between the MCC and Essex between March 24-27 at Galle was called off, as was the MCC World Cricket Committee meeting in Colombo scheduled for March 28 and 29.

- The final two one-day internationals between India and South Africa will be rescheduled following an agreement between the countries' governing bodies, while the remaining two ODIs between Australia and New Zealand were called off.

- Australia Women's limited-overs tour of South Africa, consisting of three ODIs and as many T20s and due to start on March 22, will not take place. 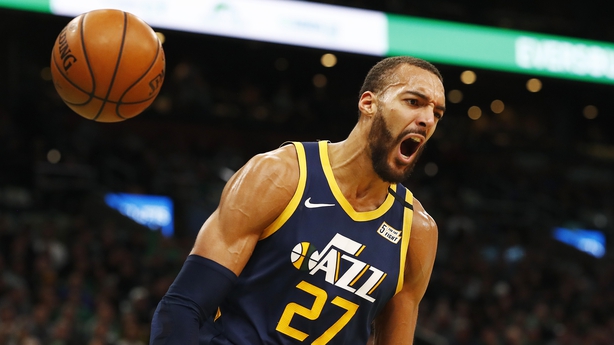 - The NBA season was suspended "until further notice" after Utah Jazz player Rudy Gobert (above) tested positive for coronavirus.

- The Giro d'Italia, cycling's first Grand Tour of the season which was due to start on May 9 in Budapest, was postponed. The Strade Bianchi, Tirreno-Adriatico, Milan-San Remo and the Giro di Sicilia races in Italy have been called off.

- Fears of two cases of coronavirus at the UAE Tour saw the race cancelled with two stages left.

- Team INEOS are among a host of teams who withdrew from all racing until the Volta a Catalunya on March 23.

- Cycling's Women's Tour, the UK's WorldTour stage race, was postponed almost three months before it was scheduled to begin in Oxfordshire on June 8.

- On Sunday, the UCI (Union Cycliste Internationale) announced the suspension of its calendar until at least April 3.

- The high-profile BNP Paribas Open at Indian Wells, where the likes of Rafael Nadal and Novak Djokovic were due to compete, was called off.

- The ATP announced a six-week suspension of the men's professional tennis tour due to "escalating health and safety issues".

- The Miami Open tennis tournament, due to start on March 23, was cancelled after a ban on mass gatherings in Miami-Dade County.

- The Volvo Car Open in Charleston (April 4-12) was also been called off. Next month's Fed Cup finals in Budapest and Fed Cup play-offs, due to be held in eight different locations, were postponed, while China's Xi'an Open (April 13-19) and Kunming Open (April 27-May 3) were cancelled.

- Racing in Ireland and the UK is closed to the public until the end of March. 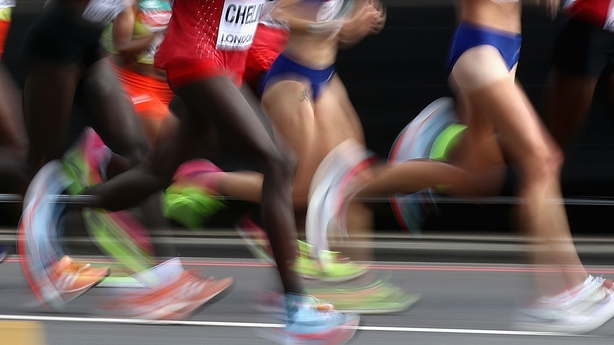 - The London Marathon was postponed. The 40th edition of the race, due to take place on 26 April, will be held on 4 October. British Athletics will stage an Olympic trial at a closed location in April.

-  The Manchester Marathon, due to take place on 5 April with 26,000 runners, was postponed with a new date to be set in due course.

- The Paris Marathon, which was due to take place on April 5, was postponed until 18 October and the Rome Marathon, scheduled for March 29, as well as the Boston Marathon, slated for April 20, were cancelled.

- The World Indoor Championships, which had been due to take place in Nanjing in China this month, were rearranged for March 2021.

- The International Triathlon Union moved the 2020 ITU Paratriathlon World Championships, planned for 2 May, from Milan to Montreal. It later announced that all activities would be suspended until April 30.

- The Betfred Super League match between Catalans Dragons and Leeds in Perpignan on Saturday was postponed after one of the Rhinos' players was put into self-isolation after showing symptoms of coronavirus.

- The Coral Challenge Cup fixture between York City Knights and Rochdale Hornets was switched to the Millennium Stadium in Featherstone after York City cancelled the availability of Bootham Crescent.

- The Olympic qualifiers in London will be behind closed doors from Monday.

- Top Rank announced the postponement of its shows at Madison Square Garden on March 14 and 17. Belfast featherweight Michael Conlan's bout against Colombian fighter Belmar Preciado at the Hulu Theater on St Patrick's Day has therefore been scrapped.

- All events scheduled for March in Japan were cancelled.

- The £1m China Open, scheduled to start in Beijing at the end of March, was cancelled. The Gibraltar Open was played behind closed doors, with some players forced to referee their own games. Judd Trump took the title.

- The International Judo Federation cancelled all Olympic qualification events on the calendar until April 30.

- The NHL was paused with 189 regular-season games remaining. The Stanley Cup play-offs were due to start the week of April 6. Britain's Elite League cancelled the rest of its season.

- The Superleague announced that its competition would be postponed with immediate effect and the future of the 2020 season would be discussed at a board meeting on Tuesday. 151602 MAR 20