World Athletics will consider alternative venues for the World Indoor Championships in March as it awaits advice on whether Nanjing can host the event in the wake of the coronavirus outbreak.

It's understood officials from the global track and field body are meeting within the next 24 hours to draw up contingency plans should the World Health Organisation make recommendations which prevent Nanjing from holding the championships between 13 and 15 March.

The Formula One Chinese Grand Prix, due to take place on 19 April, is also in the spotlight.

The outbreak has centred on the Chinese city of Wuhan, which is over 500km away from Nanjing. The UK Department of Health has stated that any Britons returning from Wuhan will be placed in quarantine for 14 days.

The Foreign Office updated its advice on Tuesday to warn against all but essential travel to mainland China, saying it may become more difficult for British nationals in other provinces to leave.

On Wednesday, British Airways announced it was suspending all flights to and from mainland China with immediate effect.

No national athletics federations have notified World Athletics yet of their intention to withdraw from the championships.

A spokesperson for UK Athletics said: "We are waiting to hear from World Athletics, and we're monitoring the situation with them and UK-based infectious disease experts." 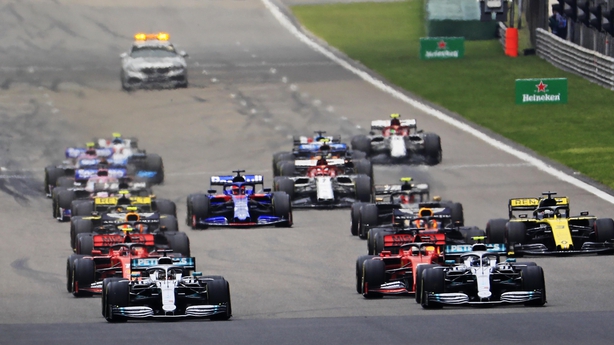 UKA is understood to have concerns about going against FCO advice, and also over the logistics of travelling to a country where safeguards against infection are being recommended, and the risks inherent in athletes from all over the world being in close proximity to each other.

World Athletics could not simply make a unilateral decision to move the championships for legal reasons, and it is understood it would want to be seen to be following WHO guidance before doing so.

Time may yet be on the side of the championships, with the event not due to start for another six weeks.

World Athletics said in a statement: "World Athletics is monitoring the situation surrounding the World Indoor Championships Nanjing 2020 carefully and is in close contact with the World Health Organisation.

"Should any of the WHO advice affect plans, we will notify all our stakeholders promptly."

The F1 race in Shanghai is a further month after that, but a spokesman for the prestigious series said: "Following the ongoing developments in China and in light of official advice issued by the British Foreign Office, we continue to monitor the situation in China closely with (motor racing's world governing body) the FIA and the promoter on the ground."

There have been almost 6,000 confirmed cases in China, with the death toll standing at 132. More than 50 cases have been confirmed outside China.

Its symptoms, including cough and fever and in severe cases pneumonia, are similar to many other illnesses.

The source of the virus and the full extent of its spread are still unknown.