Ireland have secured their first medals at the European Games in Minsk with boxers Regan Buckley and Michael Nevin guaranteed bronze.

I'm over the moon to be honest," said Buckley afterwards. "It was a hard fought fight. He came forward and threw a lot of punches, I had to mix it up a bit. The first round I was controlling it very well and I was catching him on the counter.

"Then I was working off the jab in the last round and catching him with some nice shots and that’s what got me the fight. It’s all about the next step from here on out."

In the middleweight divison, Nevin also got the verdict on a split 4-1 decision 4-1 against Guler Serhat from Turkey.

"I'm feeling good, I’m happy with my performance and it’s on to the next one now!" Nevin reflected.

"It was a good fight, he was a strong opponent and I feel good. I have a bronze medal at least now and hopefully, I’ll try and change the colour."

Indeed, 4-1 were the magic numbers all evening for Ireland, as Aoife O'Rourke won her first bout of the Games on that split decision score against local boxer Viktoryia Kebikava in the women’s middleweight category. 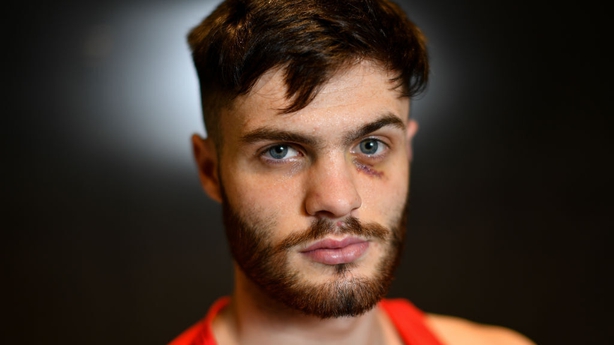 Belfast boxer James McGivern (above) said he'd "take it on the chin" after he saw his Minsk 2019 campaign come to an end thanks to a unanimous decision loss at the hands of Armenia’s Hovhannes Bachkov.

This bout was always going to be a tough one for McGivern, facing the 2017 European Champion and World bronze medallist who asserted himself from the off, dictating the early pace of the match and hitting some hard blows.

McGivern worked hard throughout the rounds, but Bachkov simply had too much in the tank, delivering some decisive body blows and controlling the pace of the bout to win out by a unanimous decision in the end.

"I’m tired - that was relentless," he admitted. "It was hard to get my game plan going but he’s European champion and this is my first senior elite tournament, so it’s a learning experience."

Ryan Mullen came agonisingly close to a medal in the Men's Cycling Road Race, finishing fourth on a busy day for Team Ireland.

Ireland had two strong finishes in the Time Trial, with Mullen and Michael O’Loughlin finishing fourth and sixth respectively on the 28.6km technical circuit through Minsk City.

Mullen started the race as one of the top seeds, and came within one second of taking bronze, in a time of 33:41:43. Belarussian Vasil Kiryienka took gold, Oliveira Nelson of Portugal took silver, and Czech rider Jan Barta won bronze.

"On paper it looked like a really straightforward course, but it turned out to be one of those courses that you have to keep attacking," Mullen said.

"It turned out to be a really hard effort, and I feel like I slightly misjudged it. I went over-paced in the first lap, and then I paid for it in the last ten minutes of the race."

Carrick-on-Suir's O’Loughlin started the race against the clock in the first wave, finishing with a time of 34:32:69. His time put him straight into third place, a position he held until the closing stages when he dropped to an eventual sixth place. 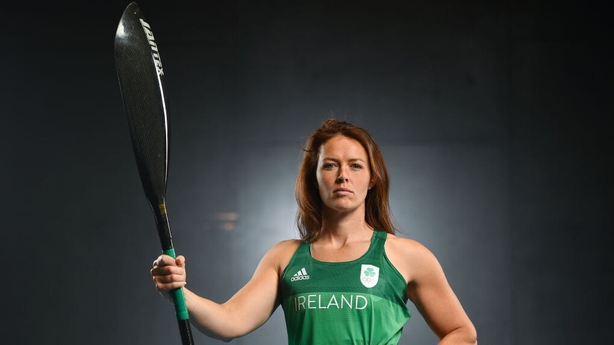 Foley was the European Junior Champion and World Silver Medallist in the marathon event, and the European Games is providing valuable experience for him in his first year in the senior ranks.

Speaking after the race, Foley said: "I’m really happy with how it went. I came away with a PB of 3:37. I have the 5k in two days time, and I’m really looking forward to seeing how I can go, and how I can develop myself in both distances in the future years to come."

After a fantastic win yesterday evening the Magees came out fighting this morning against the French pair and group favourites Delphine Delrue and Thom Gocquel.

Team Ireland took the first set 22-20 but France came back in set two winning 19-21 to bring the match in to a third set. The French pair showed their grit to take the set and match 16-21. 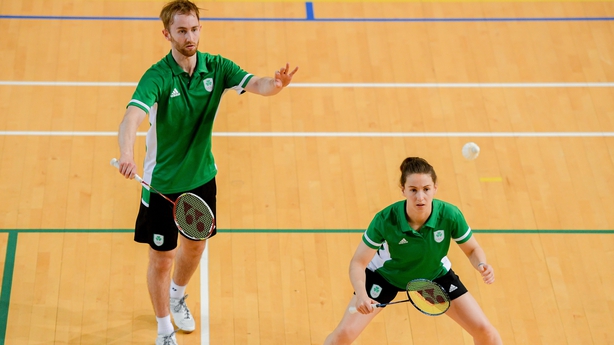 The Magees have a rest day tomorrow before taking on the home team on Thursday where a win should see them through to the quarter final stages.

Nguyen (19), the youngest badminton competitor in Minsk, came up against an experienced Pablo Alves of Spain on his second group match.

Nguyen was impressive in the opening set, taking the win 21-19. The 2015 European Games Champion, however, was not giving up, Alves won the second 20-22 and closed out the third set 13-21 to take the match.

Nguyen faces the group bottom seed Luka Raber of Austria tomorrow where a win will see him into the last 16.

The Men’s Doubles team of Joshua Magee and Paul Reynolds lost their second group game to France’s Ronan Labara and Tom Gicquel 10-21, 8-21. Magee and Reynolds will have a final group game against Estonia tomorrow. 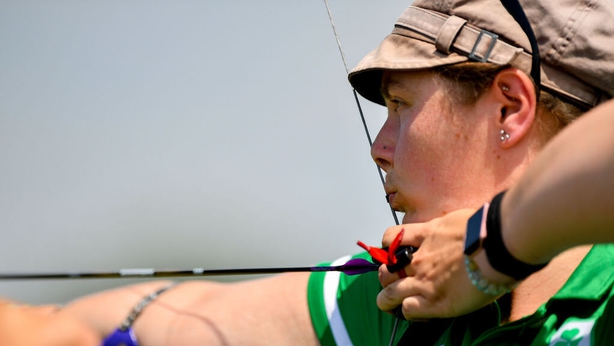 Archer Maeve Reidy was competing in the Women’s Recurve Individual event, where she beat Ukrainian Lidiia Sichenikova in the Elimination Rounds 1/32 with 6(9) – 6(8) in the shoot off.

Speaking afterwards the Dubliner was happy with her performance: "It felt good, I felt very nervous, but did what we needed to do."

She advanced to the 1/16 Elimination Round where she was beaten on the last arrow by Rio Olympic silver medallist Inna Stepanova from Russia 0-6.