Arthur Lanigan-O’Keeffe has won a bronze medal at the Modern Pentathlon World Cup final in Kazakhstan.

Following on from Natalya Coyle’s fourth place finish on Friday in the women’s event, the Kilkenny man went one better and won a medal – a first for Ireland.

Modern pentathlon is made up of five sports - fencing, swimming, show jumping, running and shooting - broken over two days.

Lanigan-O’Keffee lay in sixth place after the fencing on Thursday and then on Saturday he got himself among the medals after the swimming, horse riding and run-shoot in Astana.

The 26-year-old and Coyle are both double-Olympians having competed at London 2012 and Rio 2016 and the pair will be considered amongst the medal contenders should they make it as far as Tokyo 2020.

It was a South Korean one-two at the top of the podium, Jinhwa Jung finishing first and Woongtae Jun taking silver.

.@ArthurLOK1 admits he had to show a lot of guts to win the historic bronze medal at the Modern Pentathlon World Cup final in Kazakhstan. pic.twitter.com/Ha0wSbXZpk

Developed by the father of the modern Olympics, Baron Pierre de Coubertin wanted a sport that would test the all-round athlete and he came up with modern pentathlon.

He also had a cavalry officer caught behind enemy lines in mind when he chose to combine running, shooting, fencing, swimming and horse riding.

Thank you everyone for your messages and support ????#YESSS pic.twitter.com/1Ml1nvkWRQ

The strongest athlete across all five disciplines combined is declared the winner. 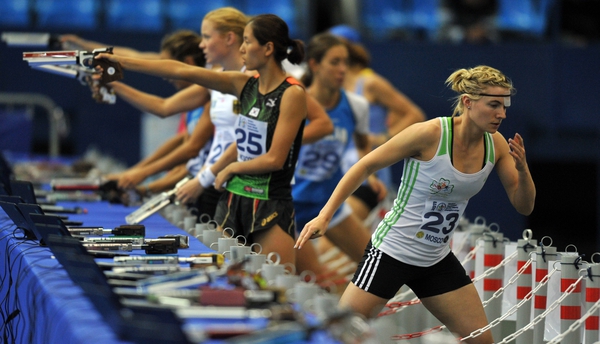