The 2000s and the early 2010s was an era in which Ireland really announced itself as a sporting nation on the world stage.

Winning rugby Grand Slams, numerous golfing majors and Olympic medals as well as qualifying for World Cups in cricket and soccer, it was a decade (and a bit) to remember.

Then there was the domestic scene where Northern GAA teams Armagh and Tyrone wrote their names into the history books and the Cork ladies held a virtual monopoly on the All-Ireland title.

From the longlist provided by social media and email contributions from the viewing public, our expert panel will select the top 5 moments from each decade and the final decision on the 2000s/10s top moment (and ultimately, Ireland’s greatest sporting moment) will be determined by a live social media and text vote from viewers at home.

The short list will be revealed live on Facebook live at 5pm on Thursday, but until then here's the long list to whet your appetite and jog you memory.

The 21-year-old Brian O'Driscoll announced himself on the world rugby stage with a stunning hat-trick to end an Irish losing run in Paris stretching back 28 years.

Trained by Ted Walsh, Papillon started the day at 33-1 and was backed in to 10-1 by the time the race began. If that wasn't enough drama, Ted’s son Ruby piloted Papillon to victory in what was his first ever Grand National ride.

Sonia O’Sullivan became the first ever Irish woman to win an Olympic track and field medal.

Although Galway went on to lose the game, Declan Meehan scored one of the All Ireland Final’s greatest goals. 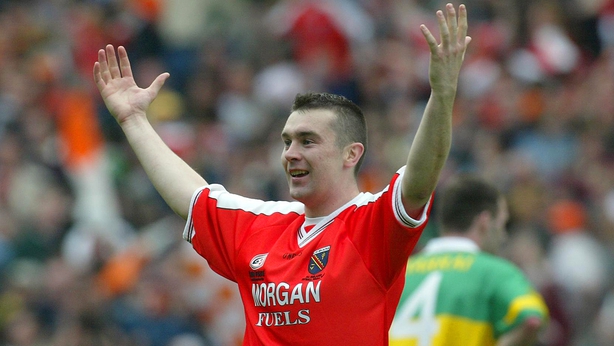 Joe Kernan took over a team of nearly men at the end of the 2001 season. Armagh had won Ulster titles in 1999 and 2000 but ended up beaten semi-finalists in both seasons. Kirnan brought in a change of culture and his All-Ireland final pre-match and half-time team-talks became the stuff legend as Armagh turned a 4-point half-time deficit into a 1-point victory against the mighty Kerry.

Jason McAteer’s 68th minute strike resulted in 10-man Ireland seeing off Holland in a World Cup 2002 qualifier that as good as cemented Mick McCarthy’s team a play-off spot and secured one of the Republic’s greatest ever victories.

Roy Keane’s decision to leave the 2002 World Cup squad cleaved the nation in two and was probably the most divisive incident in Irish sporting history.  The incident seemed to galvanise the team and they went on to exceed expectation with Robbie Keane’s injury time equaliser probably the defining moment of the tournament from an Irish point of view.

Paul McGinley’s debut appearance in the Ryder Cup saw him emerge as Europe’s hero, as he rolled in a 12-footer for a half on the final green of his singles match against Jim Furyk to ensure European victory.

99-years of hurt came to an end when Peter Canavan led Tyrone to a first ever All-Ireland Football title. The fact that it was also the first ever all-Ulster All-Ireland final made Tyrone's three-point victory over reigning Champs Armagh all the sweeter.

Westmeath’s first ever Leinster title, under the management of the late great Paudi O Sé.

With the All Ireland Quarter final slipping away from them, Mulligan picked up the ball around the 45, pulled off two audacious dummies and slammed the ball past Cluxton to get Tyrone back into a match that was ultimately sent to a replay.

In 2005 the GAA made the momentous decision to modify Rule 42, the rule which stipulated that Croke Park could not play host to ‘foreign games’ while Lansdowne Road was being developed.  The Six Nations match between Ireland and England was one of the most emotionally charged matches in Irish history, encapsulated by John Hayes’ tears during the Irish National Anthem and an incredible try by Shane Horgan.

Darren Clarke, who had lost his first wife Heather to breast cancer just months earlier, was a wild card pick by Captain Ian Woosnam for the Ryder Cup at The K Club in 2006. Unbeaten in his three matches, he defeated Zach Johnson on the par 5 16th hole to trigger one of the most emotional moments  the Ryder Cup has ever seen, as he looked to the sky with tears in his eyes to acknowledge his late wife. Europe claimed an 18 ½ to 9 ½ victory.

Cork athlete Derval O’Rourke The first (and only) Irish Woman to win a gold medal at the World Indoor Championships.

Having narrowly missed out in 2000 and 2002, Munster picked up their first European Cup, a win encapsulated by Peter Stringer’s brilliant first half try.  The team went on to win their second Heineken Cup two years later. 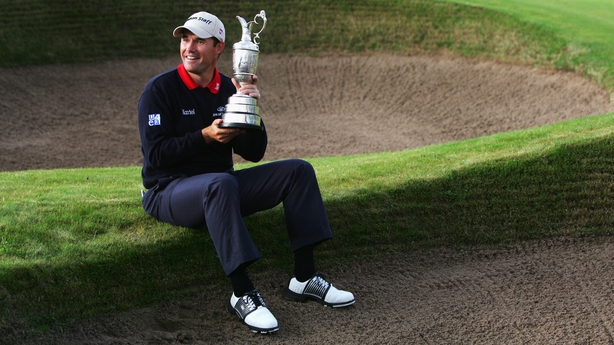 Harrington became the first Irish winner of a major since Fred Daly 60 years before, when he picked up the British Open in Carnoustie.  Harrington backed this win up in Birkdale in 2008 before adding the USPGA to his two British Open victories.

Ireland produced one of the greatest victories in cricket's rich history by beating Pakistan on St Patrick's Day. Led by their brilliant wicket-keeper batsman Niall O'Brien, they reached a rain-adjusted target of 128 with three wickets remaining in near darkness. Pakistan coach Bob Woolmer died in mysterious circumstances the next day.  An inquest into his death produced an open verdict.

After an epic semi-final victory over reigning Champions Munster, Leinster recorded their first Heineken Cup win with a narrow victory over Leicester, thanks to a Jamie Heaslip try.

The Ireland rugby team secured only their second Grand Slam in 119 years and their first in the Six Nations era. 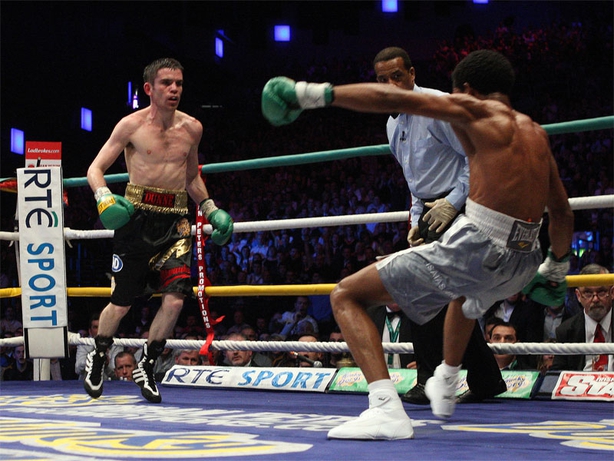 The same day that Ireland claimed the Grand Slam, Bernard Dunne rocked the then O2 Arena as he beat Ricardo Cordoba by an 11th round knock-out in ESPN’s Fight of the Year to claim the WBA Super bantamweight world title.

Arguably the greatest hurling team of all time recorded their 4th consecutive All Ireland victory, the first team to achieve a hurling 4-in-a-row since Cork’s Christy Ring inspired team of the 40s.

Graeme McDowell became the first Irishman to win the US Open and the first European US Open winner since Tony Jacklin in 1970. 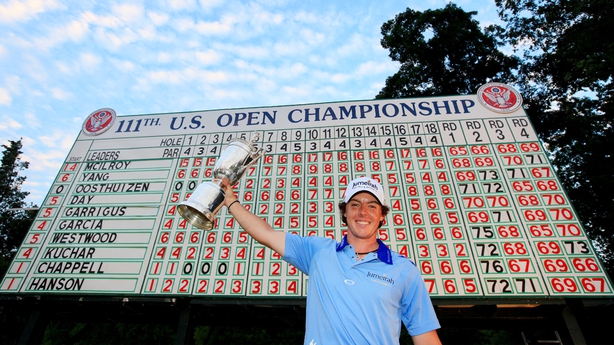 Rory McIlroy tore up the record books in Maryland to win his first Major, just 2 months after his final round US Masters collapse.

The Dublin goalkeeper stepped up to convert a monster free in the last minute to seal Dublin’s first All Ireland Football title since 1995.

Leinster found themselves 22-6 down at half time in the 2011 Heineken Cup Final against Northampton, looking well and truly beaten.  However, they came out in the second half and recorded a remarkable turnaround scoring 27 unanswered points. 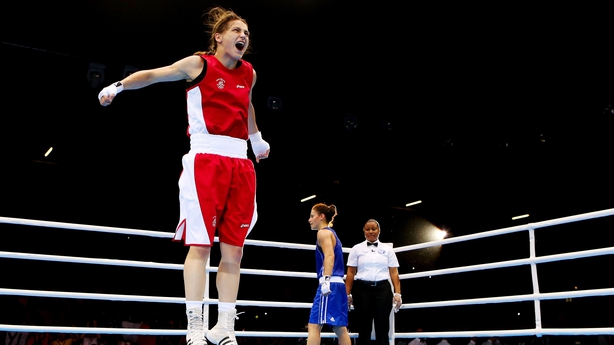 Katie Taylor arrived at the London Olympics as 4-time World Champion and realised her lifetime dream by returning home with a gold medal.