Every Tuesday between now and Cheltenham - and the meeting begins in just four weeks - leading owner and BetBright Chairman Rich Ricci will pen a countdown blog. With Annie Power, Faugheen and Min already ruled out out of the Prestbury Park extravaganza, there was more disappointing news for another favourite on a relatively quiet week on the track.

Another week, another favourite bites the dust! Getabird is the latest but while he won't make the Champion Bumper the main thing is that he's fine.

There’s a soreness around the bone and he needs some rest. Actually, he has always been a horse that gets a bit stiff behind and I think the race the last day in Gowran exasperated that. He has been a little stiff since then but wouldn't have been doing much anyway and while the only treatment is rest the prognosis is very good.

And look, there's no doubt, it’s another blow. The closer we get the Cheltenham the less time there is for any horse with a setback to recover in time and be at their best and one thing is for sure: it’s going to be a sweaty few weeks!

But not just for me. When Let’s Dance won the Grade 2 novice hurdle at Leopardstown last month, it opened up the possibility of her triggering a €50,000 bonus offered by the race sponsors should she go on to win at Cheltenham.

It does make it more interesting that’s for sure, and the pressure is on to find the right race for her! Maybe we should give the stable staff down in Willie’s a vote, they’ll be keen to pick the right one.

She’s in good form and is rated 147 now, so with a 7lb allowance in any of those open races like the Neptune or the Albert Bartlett, it would make her very competitive.

It’s my best guess that it’s the race she has best chance in - and I hope the stable staff down in Willie’s agree! We have not finalised anything yet however.

It was a relatively quiet week for us on the track but Bapaume ran a great race in the Spring Juvenile Hurdle at Leopardstown. The winner, Mega Fortune, was a different horse altogether in cheek pieces on Sunday, and was too good for Bapaume. But we lost nothing in defeat and the aforementioned New Course for the Triumph Hurdle should really suit our fella because he’s a strong galloper. We go there with a good chance.

"It’s not certain that Max Dynamite won’t get to Cheltenham but it’s probably a bit unlikely, and he should be ready for Punchestown"

Livelovelaugh was very good at Thurles during the week but he looks more like a chaser and likely won’t travel to Cheltenham while I wouldn’t write off Riven Light and Bravissimo on better ground if they went there. Danny Mullins rode Riven Light before the Deloitte on Sunday and said beforehand: ‘I think I’m on the best horse in the race - it’s just a shame he has some hurdles in his way!’.

If he can straighten out his jumping he could be quite good and could run well if he ended up at Cheltenham, a little like Max Dynamite did two years ago.

Speaking of Max Dynamite, I’m often asked about him and I’m happy to report that he’s fine, back in training and riding out. It’s not certain that he won’t get to Cheltenham but it’s probably a bit unlikely, and he should be ready for Punchestown on the way towards getting ready for a Flat campaign.

The Melbourne Cup, in which he finished second two years ago, is the ultimate aim. Getting him back to Flemington Park this winter would be an extraordinary thrill. 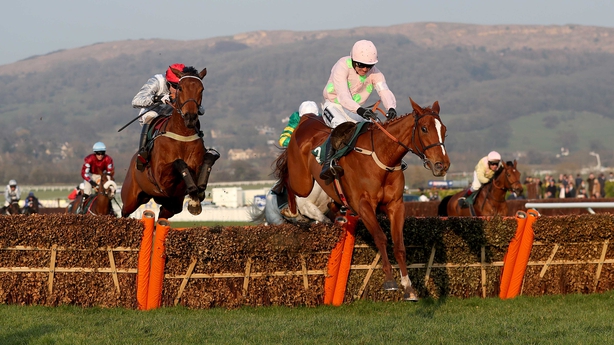 We have a few entries this week: Babylone Des Mottes might return to the track and is in good form, while at the weekend, Limini could run at Gowran and Renetti in the Boyne Hurdle at Navan, a race that should suit him well.

Limini was a big talking horse this time last year and justified that reputation with a win at Cheltenham. She has taken a while to come to hand this season, not dissimilar to last year, but is right back to herself now and seems a lot stronger than last year.

She seemed to get a bit weak as the season went on last year and we were initially disappointed with her defeat at Aintree. But with the benefit of hindsight it was Buveur D’Air and Petit Mouchoir that finished in front of her that day so there’s quite a bit of delayed solace in that form!

She seems to have grown up over the summer and autumn in the same way Lets’ Dance has, so it’s going to be great to see her back on the track.

This time next week there will only be three weeks to go to Cheltenham and because any horse who has ambitions to run at the festival will have all of their preparation runs done and dusted, I’d be hopeful of shedding plenty of light on what races my horses will go for. 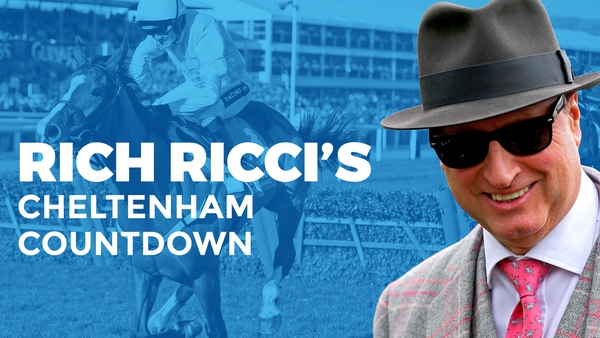