Hockey, modern pentathlon and golf were among the big winners as a total package of €27 million in sports funding was announced by Sport Ireland today.

Team Golf Ireland will get €200,000 this year which will be aimed at supporting individual players trying to make a breakthrough on to the big tours.

Also included in the funding is money to help attract support for the hosting of a Challenge Tour event in Ireland.

The Challenge Tour is the second tier of professional golf, one level below the main European Tour.

In total €10.25m in funding has been announced for investment in high performance sport in the year of the Rio Olympics and Paralympic Games.

The funding was unveiled by Minister for Sport Michael Ring in Westport and will be delivered through Sport Ireland – the new body that comprises the Irish Sports Council, the National Sports Campus and the Institute of Sport.

Total investment in high performance sport in Ireland for 2016 will be well in excess of €11m.

In addition, there was a package of €10.6m invested in National Governing Bodies of Sport with a further €5m investment through the National Network of Local Sports Partnerships.

“With the additional resources made available to us this year we will drive on and continue to develop the Irish Sports sector.

“While 2016 will be a vital year in relation to Rio, we are also focused on our other obligations including our participation initiatives, supporting events at home and our anti doping programme.”

Money has also been made available to support training camps for Olympic and Paralympic qualifiers.

Over €600,000 will be invested in women in sport programmes to ensure opportunities for women across the sporting spectrum. 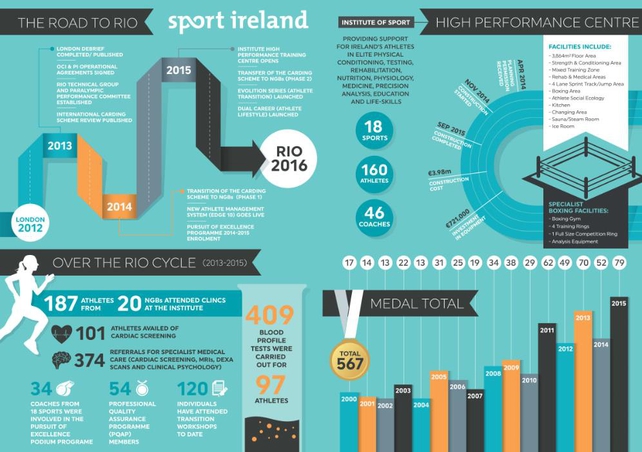