Thirty four past and present players of Australian Rules football club Essendon have been found guilty of committing an anti-doping rule violation.

The club, known as the Bombers and which plays in the suburb of Essendon in north west Melbourne, announced the decision on its official website.

"Regrettably we can confirm the Court of Arbitration for Sport (CAS) has found 34 past and present players guilty of committing an anti-doping rule violation," chairman Lindsay Tanner said in a statement.

"As a result, the players - including 12 currently listed with Essendon - have been suspended for the 2016 season. The club is currently digesting the decision and we will provide a further update later today."

The decisions stem from a 2012 investigation into the club's player supplements and sports science programme and in particular use of prohibited peptide Thymosin Beta-4. The World Anti-Doping Agency (WADA) filed an appeal after the Australian Football League (AFL) found the 34 not guilty in March 2015.

Amongst those listed by CAS in its report of the case are club captain Jobe Watson and vice-captain Dyson Heppell.

"Thus, most of the suspensions will come to an end in November 2016." 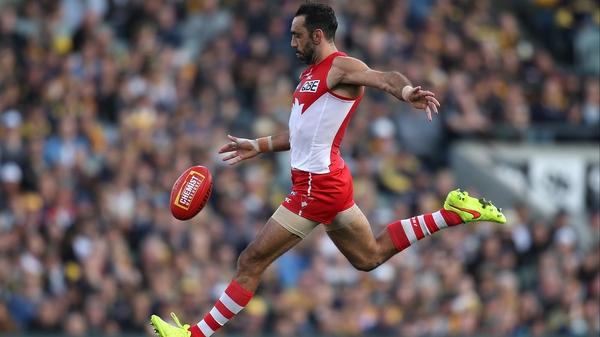 Show of support for Adam Goodes in race row