Ireland's Natalya Coyle and Arthur Lanigan-O'Keeffe have taken fourth place in the mixed relay at the Modern Pentathlon World Championships in Berlin on Sunday.

The duo came 12th in the fencing event, before second-place finishes in the swim, riding and combined events handed them a final position just outside the podium places. 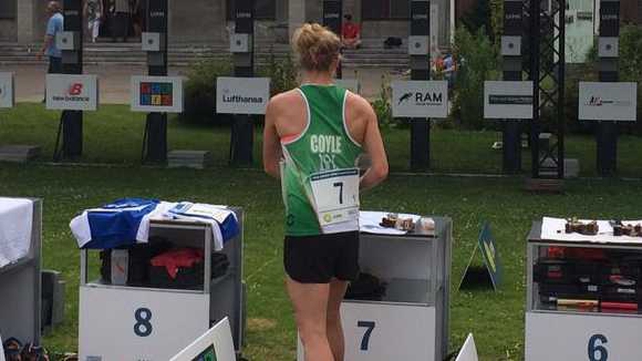 Four seconds separated the Irish pair from third place and a bronze medal, although their earlier poor result in the fencing ultimately cost them a shot at gold.

Natalie Dianova and Jan Kuf of the Czech Republic were crowned world champions, they overcame a four-second handicap heading into the combined event to pip Anna Burjak and Maxsim Kustov and leave the Russians, who had led for most for the day, with silver.

The win was all the more special for Kuf as he had overcome a career-threatening injury - he broke his right forefinger fencing three months ago and had to undergo major surgery - to win the title.

Third were the American pairing of Margaux Isaksen and Nathan Schrimsher.