28-year-old Taylor won gold with a unanimous decision against France’s Estelle Mossely in a performance of consummate class, prevailing 40-36, 40-36, 39-37 to claim an 18th major international title. 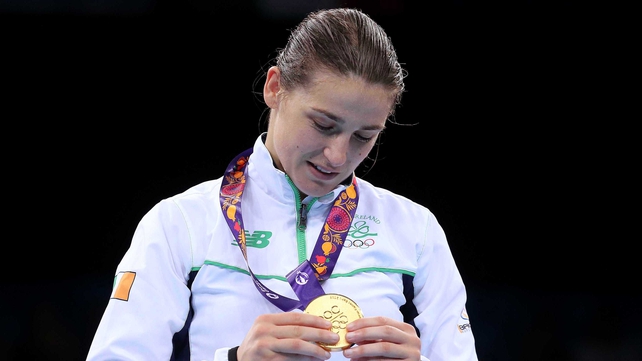 Laois man O'Reilly saw off Azeri boxer Xaybula Musalov, also on a unanimous decision, 29-28, 29-28, 29-28, in a fight that oozed athleticism and power from both men.

22-year-old O'Reilly took the first round, lost the second, and appeared to be behind in the third, before a superb closing 90 seconds from the Irishman secured the top prize.

Boom! Said it from Day 1 that Michael Oreilly would win gold and he's just gone and done it! Thats 2 golds 1 silver and 1 bronze 👊 #teamÉire

Taylor and Mossely had previously met in the European Championships decider in 2014, and the EU Championships final in 2013, with Taylor winning both fights against the Frenchwoman.

The opening round in Baku was very close, with both fighters battling hard for control of the centre of the ring. Taylor edged it 2-1 with some powerful combinations and right hooks, while Mossely replied with left jabs and hooks to excellent effect.

The second round was perhaps somewhat generously given to Taylor on a 3-0 call from the judges, despite Mossely looking to have had the better of the scoring punches as she advanced furiously on Taylor, with the Olympic champion fighting on the counter for those two minutes. 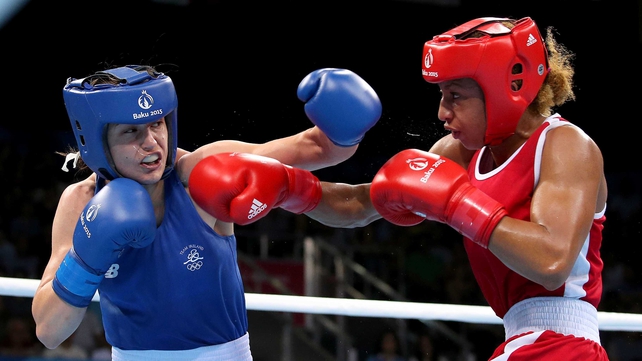 Mossely came out in the third needing something special and landed some powerful lefts but Taylor managed to land solid left hooks and rights to ensure another 3-0 verdict from the judges, putting the bout out of sight.

The fourth round saw Taylor hammer Mossely with combinations in the opening 30 seconds, before Mossely responded with a superb pair of lefts to the Irishwoman’s jaw, but with just 15 seconds to go the fight was well beyond Mossely’s reach. Once more the judges went with Irishwoman in the fourth to give Taylor a clean sweep, four-round unanimous victory. 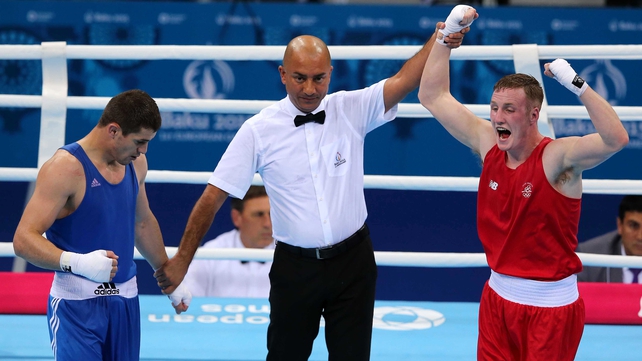 O’Reilly came into the ring shortly before 4pm Irish time, looking to double Ireland's gold tally within the space of two hours and was immediately caught with four lefts, as well as a right hook, by his Azeri opponent Musalov in the opening round.

But the Laois man was far busier throughout the three minutes, landing combinations with both hands. The neutral might have given it to the host nation fighter, but the judges went 3-0 for O’Reilly.

The second round saw O’Reilly back off and let the Azeri come on to him. That resulted in Musalov landing a number of lefts, and although O’Reilly managed to counter well he lost the round 3-0.

That made it a a winner-takes-all scenario in the third round, with both fighters poised at 19 points apiece. The Azeri dominated with powerful right hooks for the first 90 seconds, but the second 90 was more impressive from O’Reilly, as he upped the gears and pumped combinations and uppercuts to turn it around and win the round 3-0 and the fight on a unanimous decision. 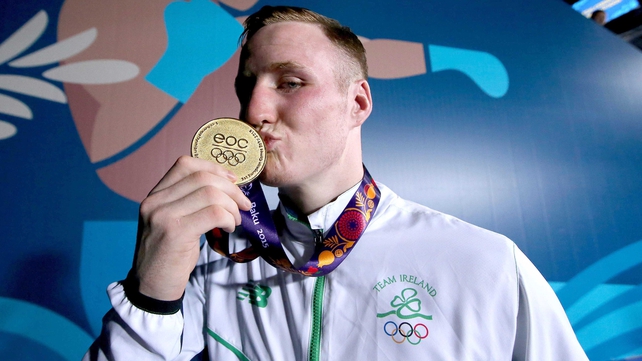 That win guarantees McComb a place in the World Championships in Qatar in October as the semi-final loser to the eventual champion. 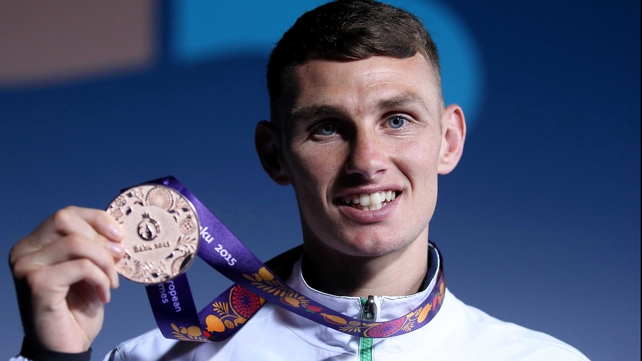 The top seeds lost in straight games 21-12, 23-21, to the French duo of Gaetan Mittelheisser and Audrey Fontaine, in a match lasting 38 minutes.

The Magees take home a bronze as there is no third-place play-off.

It is Sam's second bronze of the Games after collecting a bronze with his brother Joshua in the men's doubles yesterday.

Emma Reid failed to make the 50m butterfly final after finishing eighth in her semi-final in a time of 28.04, over half a second behind heat winner Caroline Pilhatsch of Poland.

Reid had earlier made the semis with a time of 28:16 and fifth place in her heat, which made her joint 14th-fastest qualifier.

Reid's compatriots Danielle Hill and Niamh Kilgallen didn't make the cut, however, with overall placings of 37th and 42nd respectively leaving them well outside the qualification spots.

Andrew Moore, James Brown and Benjamin Doyle all swam in the 400m individual medley heats, but none of the trio made the final, with finishes of seventh, fifth and sixth respectively placing them 30th, 31st and 33rd overall and out of the qualification spots for the final. 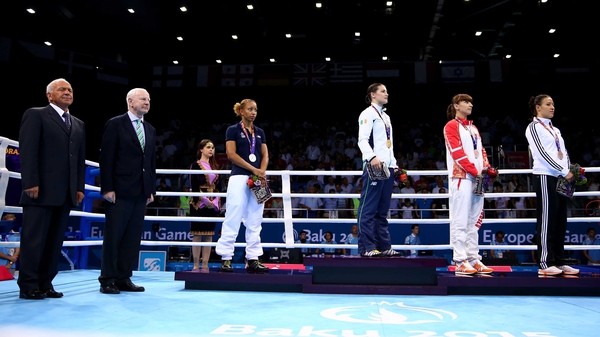 Katie Taylor: I want to be the greatest