Conor McGregor has warned Jose Aldo that come their fight on 11 July, there is nobody who will keep the Dubliner away from him.

Speaking at an event in Dublin to promote the fight, McGregor said Aldo was similar to his previous opponents, and suggested the Brazilian had a limited repertoire.

McGregor said that his prowess on his feet and power would help him past Aldo, who, he said, had intimidated previous opponents with his ability to fight from a standing position.

“He’s made a career out of beating short, stocky American wrestlers who are not too good on their feet, who are intimidated by it. But me, I’m going to go straight for him, and I’m going to put him away.”

He questioned whether Aldo wanted the fight, and even the title itself.

“I don’t think he wants it the way I want it. [There are] subtle tells: any time that belt is around, he’s handing it [back]. He doesn’t want the belt in close proximity to him. He doesn’t want to hold on to the belt.”

McGregor said that he planned to begin his preparations for the Aldo fight with a camp in Ireland, before moving to the west coast of the US for five weeks, then moving to Las Vegas for a final, three-week camp.

He also spoke about the possibility of holding a fight at Croke Park. Assuming that he will beat Also, McGregor raised the prospect of his first defence being at the Dublin venue, but suggested timing might be an obstacle to this happening.

“I’d like to say the one after this, but the fact that this one is in the summer... I will definitely fight before next Summer. So, I don’t know whether they will want to do it unless it’s summertime here.

“But we will [have a fight at Croke Park]. I believe maybe the first defence could very well be at Croke Park.”

UFC President Dana White, meanwhile, announced that there would be a UFC event in Ireland this year, and confirmed that Croke Park remains a venue under consideration to host it. 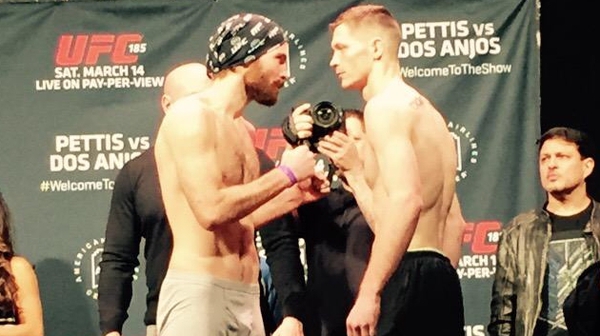