Jordan Todman produced a 62-yard touchdown run to help the Jacksonville Jaguars beat the Tennessee Titans 21-13 yesterday in a clash between struggling teams already looking ahead to next season.

The Jaguars trailed 10-0 but rallied with 21 unanswered points, with their final TD coming on Todman's long run in the fourth quarter.

"I heard the call (for me to carry the ball), and it was my first carry of the day so I was excited," Todman told reporters.

"I saw there was an opportunity to cut it back and make a guy miss and then it was off to the races. It was a great feeling. Everything happened to fall in place."

Jacksonville accumulated 177 yards on the ground and did not turn the ball over to earn the victory, their second in four games after they had started the season 1-10.

Rookie quarterback Blake Bortles played through a sprained right foot and sparked his team's comeback with a four-yard pass to Mercedes Lewis in the second quarter.

Bortles only tossed for 115 yards but also ran for 50.

Jacksonville running back Toby Gerhart gave the Jaguars a 14-10 lead with a one-yard plunge in the third before Todman did the rest.

"It's all about winning in the National Football League," Titans wide receiver Leon Washington said.

"We didn't win the game so we've got to figure out a way as to how do we get over the hump."

Third-string quarterback Charlie Whitehurst started for Tennessee and was solid in throwing for 287 yards, one touchdown and no interceptions.

He connected with Leon Washington on an eight-yard TD in the first quarter while Ryan Succop booted two field goals to account for the rest of the Titans' scoring.

Whitehurst completed 24-of-35 passes in place of Jake Locker and Zach Mettenberger, who are both out with shoulder injuries.

Tennessee wide receiver Kendall Wright caught four passes for 73 yards in his return from a two-game absence with a hand injury. 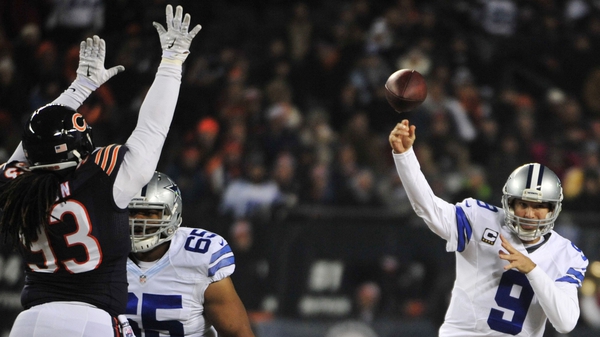