American Mike Gervais may not be a household name in the same way as many athletes.

The likes of Michael Jordan, Pete Sampras, LeBron James and Tiger Woods may take the limelight in the US, and be the athletes that lift the trophies, but behind these stars lie sports psychologists that hone the minds of athletes, attempting to make them tougher than teak and in doing so better prepared to maximise their mental skills and bring them greater success.

Gervais is one of these men. He has worked across the gamut of sports in North America: NFL, NBA, NHL, MLB and UFC; he’s also worked with the US Olympic teams and the North American Red Bull Academy, responsible for adventure sports, as well as the US military, the 2014 NFL Superbowl champions the Seattle Seahawks, and Felix Baumgartner, who broke the record for the parachute jump from the highest altitude.

It’s one hell of a CV and would make any athlete’s mouth water at the prospect of working with him.

Gervais started out on his career journey as a surfer, then a competitive surfer, then a student, where three wise men, and their inquisitive minds, enveloped him.

“I was the first person in my family to go to college. In my first semester I had three professors. One was a theologian, one was a philosopher, the other was a psychologist, and all of them were dealing with the world of the invisible,” he says.

“And they wrapped their arms around me and invited me into this exploration of how the human mind and spirit work.

“Our own minds are what get in the way of us being fully present and connected. Not the environment. To quiet our thoughts and be fully connected to the moment has been talked and talked about for thousands of years, and we have a value of progression, it’s a competitive process to see how good we can become.”

Gervais tells me this as a we sit around a table in a city centre Dublin office. He is wearing a crisp shirt, jeans and black shoes, with his hair long and parted to one side, with his nose clearly broken from a previous sporting endeavour, most likely against a surfboard I conclude in my head.

The most striking thing, about this striking man, is his calm. He has a sense of it eminating from him. I can’t help but think that when athletes first meet him, this calm must immediately get their attention. In a world where opposites often attract, he seems a quiet antidote to the high-octane world of high-adrenalin sport.

This calm comes from mindfulness, both his practice of it, and belief in its worth.

“A mindfulness-based approach to life and training is certainly a deeper way of cultivating and understanding of how our minds work,” says Gervais.

“So mindfulness training is a wonderful process and tool to understanding how to be present. Understanding our own selves, our body and the environment.

“Yoga is interesting. But I’m much more interested in mindfulness and awareness and controlling our thoughts” - Mike Gervais

“Yoga is interesting. But I’m much more interested in mindfulness and awareness and controlling our thoughts.”

Strength of mind is a facet of some athlete's games.

Rory McIroy, on one of his good days, strolls around the golf course with a confidence that beggars belief. But Andy Murray, en route to winning a tennis final, almost always looks pained and insecure. Gervais interestingly describes how success, and psychological attitudes, have many different routes to the top.

“For world-class athletes there’s many ways to become the best athlete in the world – not just one,” says Gervais.

“Mindfulness means living fully in this moment because they trust that whatever is about to come they can adjust. And it’s an amazing way to drop in when you can trust. There is a belief and confidence in this. What has to be valued is to let go and trust ourselves to let go.”

Focus, calm and confidence. These three areas are what Gervais highlights as the three key pillars to success. He suggests that anyone wishing to improve the strength of their mind should attempt to put developing these traits at the top of their mental goals.

“Training our minds to have deep focus. Flow always follows focus. Flow is the status of having optimal state of being. It’s also elusive. Training focus is being aware of our thoughts and guiding them to the present moment,” says Gervais.

“In the modern time we’re chasing distractions, which is pulling us away from deep focus.

“Investing in self-confidence. Having a well conditioned mind that we can speak to ourselves well, even well we’re not doing well. Self-talk is the mechanics of self belief.

“Generating calmness.  Breathing is a powerful training process when the environment is intense.

“Can we get our philosophy of who we are down to 25 words or less? If we can then do that we have the possibility of living a conviction-based life” - Mike Gervais

“As a foundation for all of those. Going through the process of writing who they are, independent of the outcome of who they are. Can we get our philosophy of who we are down to 25 words or less? If we can then do that we have the possibility of living a conviction-based life.

“With a conviction-based life we can lean into moments that will challenge us. Both who we are as a person, our mindset and our technical skills.

“The last pillar is invest in world-class recovery. Being able to value sleeping well, eating well and moving well.”

Injuries are a major part of sport and can end careers. However, some athletes come back from an injury with a self-confidence that seems to help the body heal faster and better. Conor McGregor’s recovery from a torn ACL in incredible fashion, displaying no signs of the injury on his two subsequent returns to the octagon, being a fine example. 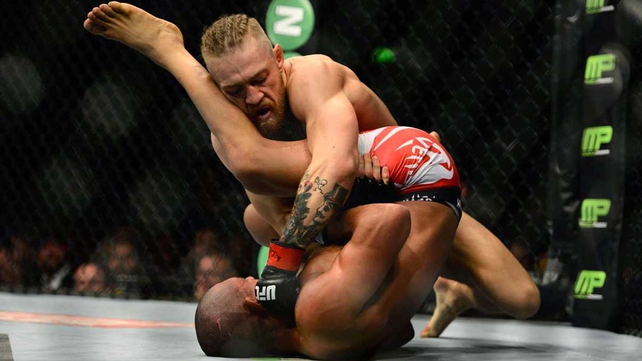 Gervais highlights that there are four stages to the psychological element of overcoming injury, and that travelling between the stages with speed is key, as well as concentrating on other skills that are not affected by the injury.

“There are four phases. They have an identity of who they were before the accident. Then they become an injured athlete. After that they become an athlete with an injury. The speed with which they go through these phases is really important. And the final phase is an updated understanding of themselves,” says Gervais.

“When we take away our performance abilities it can be crippling. What nugget can we take away? Injuries can be a wonderful way to reframe who a person is, and to also accelerate the injury healing process is a great way to focus on the other skills and process. Like studying skills of opponents. Like meditation. Embracing adversity and the challenge is part of the process. Or there is such anxiety around it that it debilitates the natural healing process.”

Pressure is another element of sport that can bring talented athletes to their knees and prevent success ever happening. Training the mind as best as possible, not to fear pressure, but to absorb it, is for Gervais the key to overcoming this major obstacle.

“We don’t have to have pressure in our lives. It’s an orientation about what’s taking place,” says Gervais.

“If there’s a hierarchy, there’s choking, there’s micro-choking, there’s performing with pressure, there’s thriving under pressure and then there’s dissolving pressure. There’s a freedom if you can dissolve pressure and invite intensity and challenge. You go to the shed and sharpen your tools and look forward to the opportunity to show how well you have sharpened your tools.

“We don’t need pressure to be great. We refine our craft and then we look forward to challenges with great intensity to see how well we can challenge our skills, physical, technical and mental.

“When a person has that no matter what is about to come they have the tools to adjust well. One of the most intense and grittiest athletes I know, a rookie, came in and I said, ‘Tell me how you think about sport?’ And he said, ‘Simple. Every match I play is an opportunity to see if I can be as good as I was in practice yesterday’.

“For him it’s just a function of day in, day out, repeating excellent. And when a match comes it’s just an opportunity to see if it can be expressed.”

Mike Gervais was speaking to Tadhg Peavoy at the launch of the new Guinness rugby ad campaign, which features Munster’s 1978 victory over the All Blacks.