Eva Samkova of the Czech Republic clinched the gold medal at the Sochi Winter Olympics in the women's snowboard cross as American favourite Lindsey Jacobellis crashed out once again.

Jacobellis, who famously blew gold in Turin in 2006 when she fell attempting a stunt on her final jump, slid out of contention after falling when well ahead in her semi-final.

Jansrud, a bronze medallist in the downhill a week ago, posted a time of one minute 18.14 seconds to leap to the top of the standings at Rosa Khutor Alpine Center. 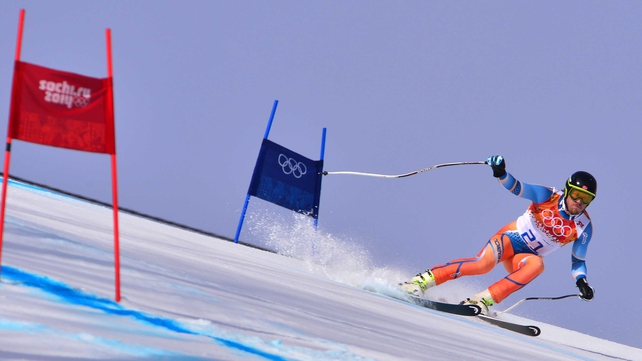 His time was 0.3secs quicker than nearest challenger Andrew Weibrecht, with his fellow American Miller and Canadian Jan Hudec sharing bronze with an identical time of 1min 18.67secs.

"I'm floating and feeling great. It hasn't sunk in yet,” Jansrud said. "It means the world to me. It's the biggest thing you can win. It's something I have worked for since I was a little kid, so I'm just going to enjoy it."

Sweden saw off stiff competition from Russia and France to take gold in the men's 4x10k cross-country relay at the Laura Cross Country and Biathlon Center. 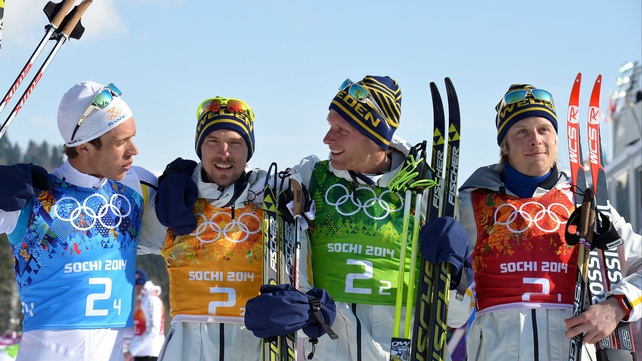 An impressive final run from Sweden's Marcus Hellner secured a first-place finish for his team, who had been dominant throughout.

Russia won the silver medal, finishing 27.3secs behind Sweden. France finished in third to win their first ever medal in this event, while pre-race favourites Norway once more disappointed in fourth.

The men's biathlon 15km mass start, which had been due to take place at the same venue, fell victim to the weather on Sunday night, making the event the first to be called off at the Sochi Games.

Sudden fog descended upon the mountain course, forcing tournament organisers to initially delay the event by one hour to a 2000 start local time (1600GMT).

However, conditions did not improve and it was decided the race would take place on Monday morning, beginning at 10.00 (06.00GMT). 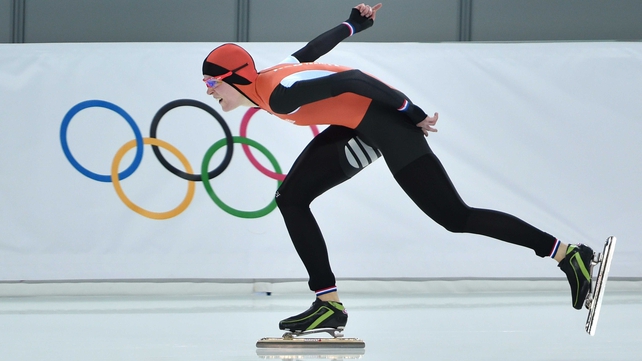 The 24-year-old Dutchwoman, who came fourth in Saturday's short track 1,500m final, overcame that disappointment with a time of one minute 53.51 seconds that blitzed the field.

She beat defending champion Ireen Wust into second, who was on course to overhaul her countrywoman early on but eventually posted a time of 1min 54.09secs.

Lotte van Beek made it a clean sweep of medals for Holland, clocking 1:54.54 and pushing compatriot Marrit Leenstra out of the podium places. 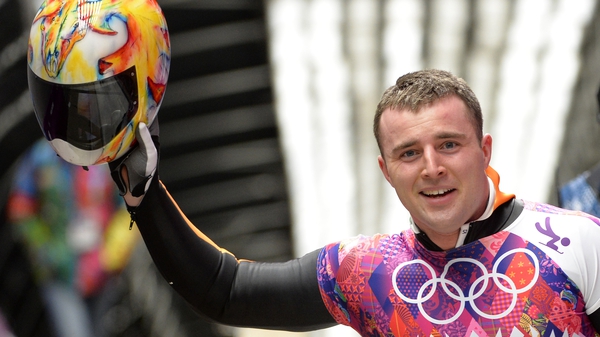