Russell Wilson threw Seattle into the NFC play-offs as his three touchdown passes helped the Seahawks to a 34-7 win over the New Orleans Saints.

Wilson threw for 310 yards in total as the Seahawks (11-1) decisively came out on top in a battle between the two teams with the NFC's best records going into the contest.

The game was over by half-time in effect after Wilson picked out Zach Miller and Doug Baldwin, with his third TD pass finding Derrick Coleman in the third quarter.

Meanwhile, the NFL acknowledged on Monday that the officials made mistakes during the Washington Redskins' final drive on Sunday night against the New York Giants.

The controversy surrounded a third down at the Washington 46-yard line after Redskins quarterback Robert Griffin III completed a 4-yard pass to wide receiver Pierre Garcon with less than two minutes remaining in a game that the Giants won 24-17.

Head linesman Phil McKinnely "incorrectly motioned for the chain crew to advance the chains" rather than wait for a first-down signal by referee Jeff Triplette, NFL vice president of officiating Dean Blandino said in a statement. 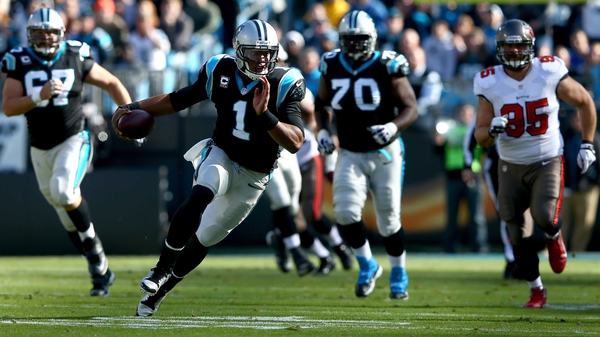