Justin Tucker kicked a 46-yard field goal to seal a win the Ravens secured the hard way, after blowing a 17-point half-time lead.

The game only went to overtime after AJ Green caught a desperate 51-yard pass from the final play of regulation time - when Ravens safety James Ihedigbo inexplicably batted the ball up for the completion to be made.

Ihedigbo's red-faced moment, after he had made two interceptions, was not costly in the end as the Raven moved to 4-5 and just behind the Bengals (6-4) at the top of the AFC North.

Calvin Johnson broke the Detroit Lions record for career touchdown receptions as they moved clear in the NFC North with a 21-19 win over the Chicago Bears. 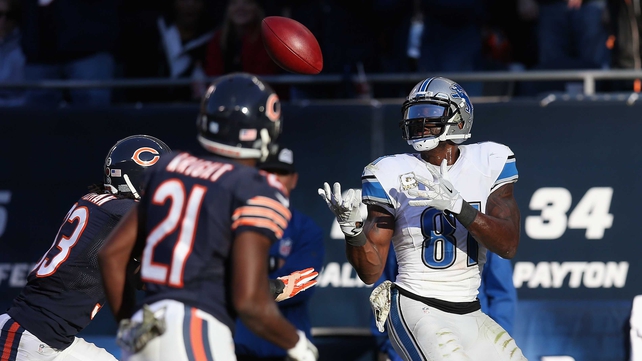 Johnson's second touchdown catch with just over two minutes to go was his 63rd, to go past Herman Moore, proved decisive as the Lions held on to go a game clear of their divisional rivals.

The Jacksonville Jaguars avoided a winless season as they beat the Tennessee Titans 29-27. 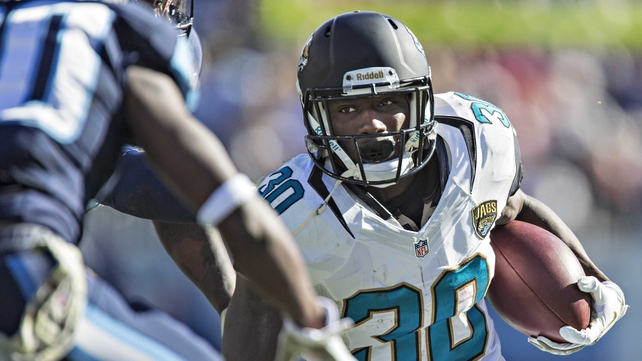 The Jaguars were aided by four turnovers as Maurice Jones-Drew and Jordan Todman each ran for a touchdown.

The rookie returned a punt 98 yards for a touchdown, and caught two long scoring passes. 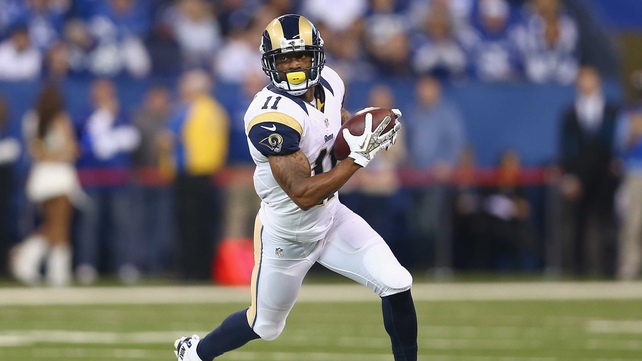 The Seattle Seahawks improved their NFC-best record to 9-1 with a comfortable 33-10 win at the Atlanta Falcons, while the New York Giants kept their season alive 24-20 over the Oakland Raiders.

The Pittsburgh Steelers ended a two-game losing run 23-10 over the Buffalo Bills.

Drayton Florence intercepted Colin Kaepernick in the final minute of the game as the Carolina Panthers ended the San Francisco 49ers' five-game winning streak by edging a defensive battle 10-9 in California.

San Francisco took a 9-0 lead on three Phil Dawson field goals, but DeAngelo Williams' touchdown late in the first half brought Carolina back before Graham Gano kicked what proved to be the game winner with 10 minutes to go. 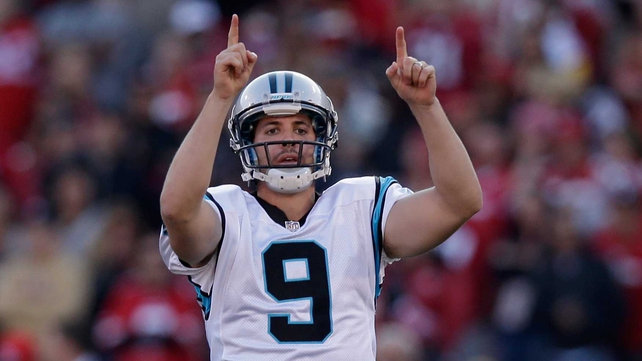 Peyton Manning threw for 330 yards and four touchdowns as the Denver Broncos held off a San Diego rally to beat the Chargers 28-20. 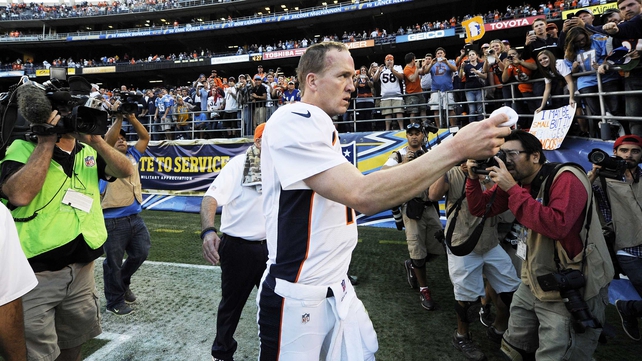 Playing in their first game since coach John Fox had heart surgery, the Broncos had led 28-6 before San Diego rallied, but they held on to improve to 8-1

The Houston Texans suffered a franchise-record seventh consecutive loss as they went down 27-24 to the Arizona Cardinals.

The Texans are without coach Gary Kubiak who collapsed on the sidelines last weekend suffering a mini-stroke. Wade Phillips was unable to reverse the team's fortunes as he stood in.

Drew Brees and the New Orleans Saints put on an offensive masterclass as records were broken in a 49-17 demolition of the Dallas Cowboys. 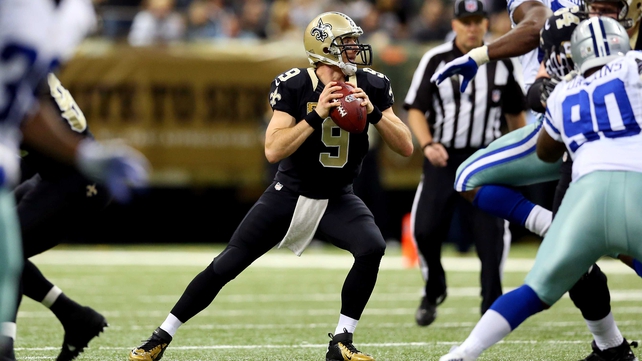 Brees completed 34 of 41 passes for 392 yards and four touchdowns, while the Saints set a new NFL record with 40 first downs and accumulated a franchise-record 625 total yards. 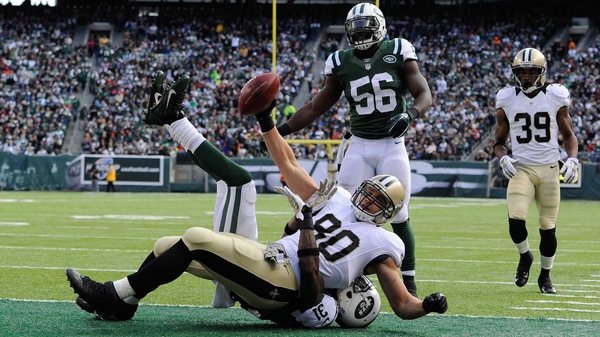