Russell hounded Verstappen for a number of thrilling laps at Interlagos before making his move stick between turns three and four to triumph for Mercedes.

"It is incredible," said Russell. "I didn't expect to have that much pace but it goes to show the progress we have made as a team.

"It is difficult to know how Max would have got on with the soft tyre, but nevertheless standing here it is a great feeling.

"This is the sprint race and you have to manage that risk-reward. I wanted the victory but I didn't want no points and start at the back tomorrow, but it was third time lucky.

"It is great to have both cars on the front row. Lewis did a great job coming from eighth. We are in a luxury position where we can split the strategy tomorrow and go for the win."

"I am so happy to be here," said Hamilton. "It has been an incredible week. It was a difficult day yesterday but then making my way through from eighth on the grid.

"Congratulations to George. We have worked so hard this year and to be on the front row, it is incredible.

"We can work as a team and hopefully hold off the guys behind. Winning for Brazil tomorrow would be incredible." 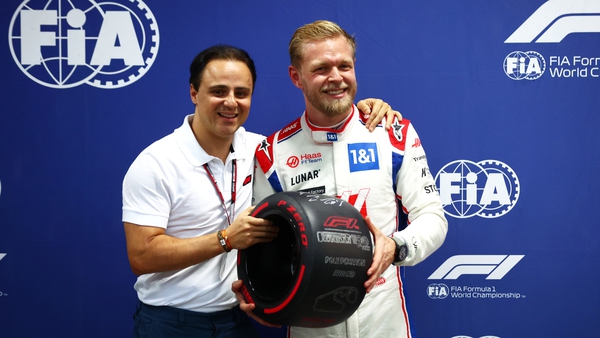 F1 F-bombs: Magnussen 'never felt like this in my life'