Craig Breen's misfortune at the Rally Estonia continued as a puncture saw him lose time on what was otherwise a productive day for the Waterford native and co-driver Paul Nagle.

Having crashed out on day two on Friday, Breen collided with an anti-cut block 1.3km into the Otepää stage and had to undergo some maintenance.

World championship leader Kalle Rovanpera is heading for his fifth win of the season after ending the penultimate leg 29.1 seconds ahead of Toyota team-mate Elfyn Evans on Saturday.

The 21-year-old Finn, who had a 65-point lead over Hyundai's Thierry Neuville going into round seven, was dominant on the gravel roads where last year he became the youngest ever winner of a world rally championship event.

Rovanpera was fastest on seven of the day's eight stages to stretch his overnight lead from 11.7 seconds and he was not pushing the limits.

"Every stage we were gaining a bit more time, and pushing hard but not with too much risk. Everything felt in control," he said.

Welshman Evans recognised his team-mate was heading for victory, barring misfortune on the fast gravel roads, rutted and muddy in places.

"Kalle’s been really strong and I had no answer to him today. He’s been a slight step ahead all the time and now he’s built up quite an advantage over us," he said.

Estonian Ott Tanak, the 2019 world champion, was in third place for Hyundai with Belgian team mate Neuville in fourth.

Drivers have to complete six stages on Sunday, a total of 77.98 km of competitive action around Tartu. 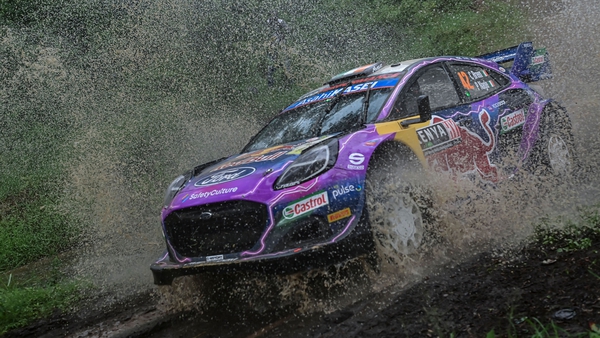