Lewis Hamilton said the start to Sunday's Monaco Grand Prix should not have been delayed because of rain, declaring: "We are Formula One drivers".

The sport’s most famous race was pushed back by nine minutes and then by an additional seven after a downpour.

A power outage then knocked out the starting lights, leading to a further 45-minute hold-up, with the seventh round of the campaign eventually starting – albeit behind the safety car – one hour and five minutes later than advertised.

In a statement, F1’s ruling body, the FIA, said: "Race control was monitoring a severe downpour that was rapidly approaching the circuit, and as it arrived during the start procedure, the safety car start and its associated procedures were implemented.

"This was done for safety reasons in consideration that there has been no wet running this weekend."

Hamilton, who started eighth and finished eighth, said: "You think they didn’t do a good job? I was not saying it was a mistake – I don’t know the reason for them not sending us out at the get-go – but we are Formula One drivers so (the weather) is not a good enough reason.

"That is what I was saying. I was like 'let’s go’ when it was just drizzling a little bit at the beginning.

"We will talk about it in the drivers’ briefing but we should have started the race."

Danish driver Kevin Magnussen said: "If the conditions are OK, we should start."

He added sarcastically: "Maybe give us a crash course in wet-weather driving. We can go and take classes.

"This is Formula One. It is not WEC."

Portuguese Freitas also took eight minutes to red-flag the race for a second time following Mick Schumacher’s heavy crash at the Swimming Pool chicane. Schumacher’s split-in-two Haas needed to be removed while the barriers had to be repaired – and with a three-hour time limit, only 64 of the allocated 78 laps were completed.

A rolling restart, rather than a standing one, followed amid fears the starting lights were still not in working order following the earlier outage. There were also concerns that some drivers would lose out if they started off the racing line and on the damp side of the track.

Hamilton added: "We could have done two standing starts. (The stewards) are doing their thing, and I am focused on getting our car through the tough period we are in right now."

Hamilton finished 50 seconds behind winner Sergio Perez, spending the second half of the race stuck behind Fernando Alonso’s Alpine. He is 75 points – the equivalent of three victories – behind championship leader Max Verstappen.

The 37-year-old concluded: "I am praying that the car doesn’t feel like it does here at the next race in Azerbaijan because it was the worse that it felt so far with the bumps, and I am looking forward to that going.

"My teeth and jaw was moving the whole time and I am done with the shaking." 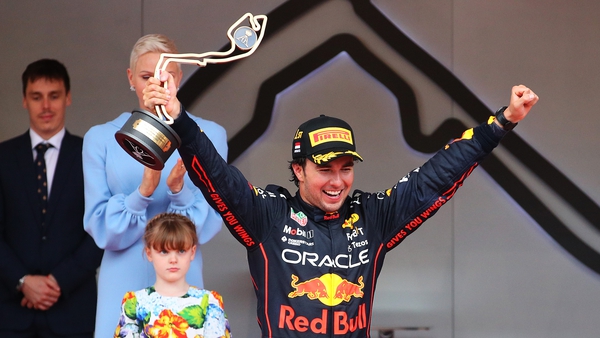